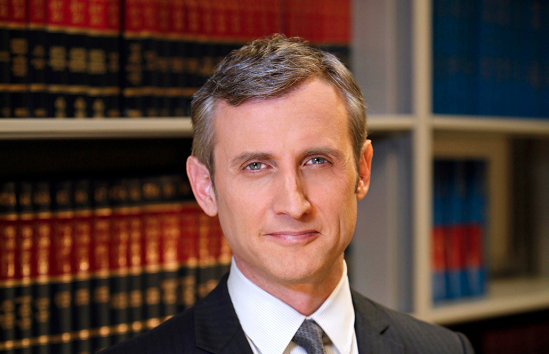 SiriusXM continues to build up its politics-focused P.O.T.U.S. (Politics of the United States) Channel 124 with the addition of ABC News chief legal analyst Dan Abrams to its roster.

The program will air live weekdays on P.O.T.U.S. Channel 124 at 2 p.m. ET, with Chris Cuomo’s recently-launched program serving as its lead-in.

With so much of today’s breaking political news having a legal component, Abrams will delve into the issues with a team of specialists, including former federal prosecutors and other high-profile experts. The program will also feature one-on-one interviews with top newsmakers, panel discussions, and listener calls.

“The legal side of news stories is more important and prominent than ever,” Abrams said in a statement. “I’m thrilled to have this opportunity on SiriusXM to really dig in and separate the legal realities from the wishful spin for listeners and people calling in to the show.”

“Dan is the perfect voice to add to our great P.O.T.U.S. lineup,” said Megan Liberman, svp of news, talk, and entertainment at SiriusXM. “There has never been a more critical time to address the intersection of law and politics, and I can’t think of anyone better to lead that conversation.”

Abrams is a TV news veteran. He served as anchor, NBC News legal analyst and general manager of MSNBC, before joining ABC News in March 2011. Abrams was later named Nightline anchor and chief legal affairs anchor in June 2013. In December 2014, he stepped down from those roles and into his current role of ABC News chief legal analyst.

Media junkies also know Abrams as the creator of Mediaite.com, the founder of the new OTT and linear network Law&Crime, and as the host of A&E’s Live PD, at present the No. 1 cable entertainment program among adults 18-49 and 25-54.

Below is the new SiriusXM P.O.T.U.S. lineup of top non-partisan political news and analysis programs: