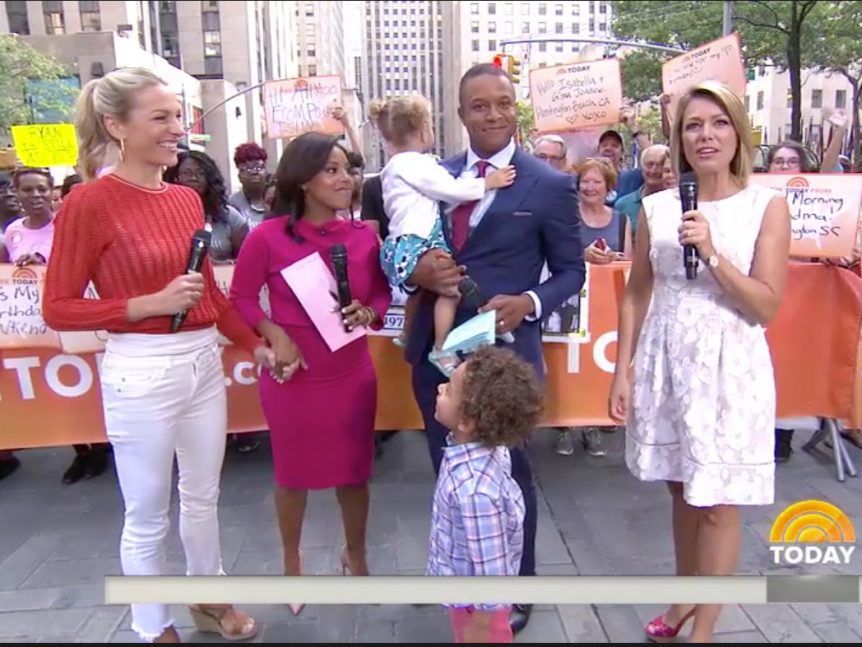 For the past year, Craig Melvin has been juggling three jobs at NBC News, but he’s now cutting that number down to two.

Melvin is stepping down from his gig as co-anchor of Saturday Today, he announced on-air this morning. “For the better part of the past year, I have been pulling triple duty here at NBC News,” said Melvin, who has co-anchored Saturday Today for more than three years. “It’s a lot for anyone, even someone who loves what he does as much as I do.”

This was Melvin’s last morning on the job at Saturday Today—where he co-anchored with Dylan Dreyer and Sheinelle Jones—but he’ll continue as Today national correspondent and as a weekday MSNBC anchor.

His two kids and wife surprised him on-air, and the Saturday Today staff toasted him with champagne and cake in the studio after the show.

On Sunday, Melvin made his Dateline special debut with City of Angels, where he reported on the homeless epidemic in L.A.

NBC News expects to announce his Saturday Today replacement in the next few weeks. Until then, his spot will be filled by a rotating group of guest co-anchors.

Melvin made headlines in June when he interviewed former President Bill Clinton for Today and asked if he had ever apologized personally to Monica Lewinsky. Clinton testily responded that he did not owe her an apology, adding, “Someone should ask you these questions.”