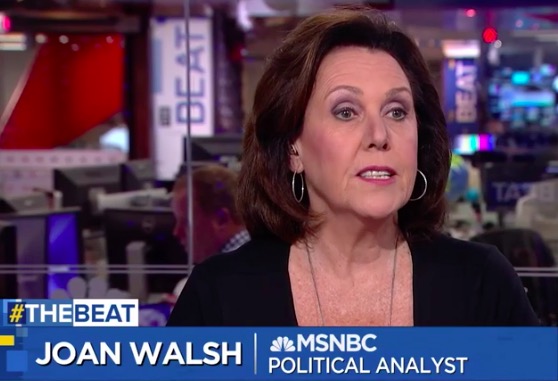 It took less than 24 hours—and being a Twitter Trending Topic—to get political commentator Joan Walsh back on the air.

Walsh, national affairs correspondent for The Nation, had been a contributor on MSNBC for more than 10 years, the last six years signed to a contributor contract.

But on Friday night MSNBC told her she wouldn’t be renewed.

“I was baking pies with my daughter, who is home for the holidays, when I got the news,” she wrote on Twitter. “I’ve given my heart and soul to the network, from the George W. Bush years through today. I’m proud of the work I did.”

When word got out, her fans took to Twitter using the hashtag #KeepJoanWalsh.

Among those showing their support, MSNBC host Joy Reid who wrote that Walsh “belongs on the air speaking, especially in times like these. We need progressive women’s voices.”

CNN listened, and less than 24 hours later announced it is bringing Walsh on as a contributor.

I am overwhelmed by the support I’ve received today from all of you. And I’m thrilled to tell you I’ll be heading to @CNN in the new year. Thanks to everyone who made this happen. A Christmas miracle.