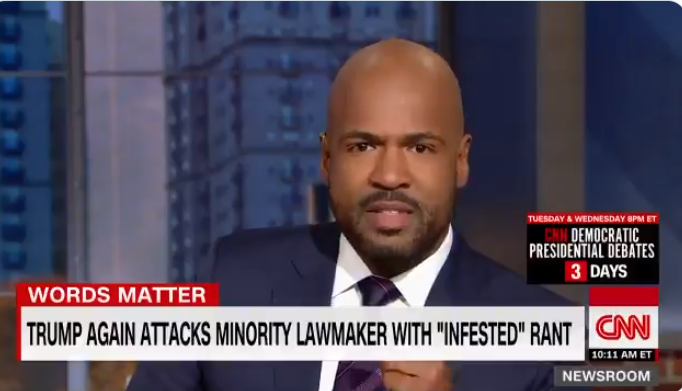 CNN New Day weekend anchor Victor Blackwell had a message for President Trump this morning, who recently tweeted insults at Rep. Elijah Cummings and referred to his Baltimore district as “a disgusting, rat and rodent infested mess.”

Blackwell grew up in Baltimore himself.

“I don’t want to sound self-righteous, but people get up and go to work there,” said Blackwell. “They care for their families there. They love their children who pledge allegiance to the flag just like people who live in districts of Congressmen who support you, sir. They are Americans, too.”

Blackwell became increasingly emotional as he continued with his deliberate two-minute, 40-second read:

President Trump tweeted that Rep. Elijah Cummings’ district is a “rodent infested mess” where “no human being would want to live.”

“When he tweets about infestation, it’s about black and brown people,” Blackwell says. pic.twitter.com/VeCIIvQ4SJ