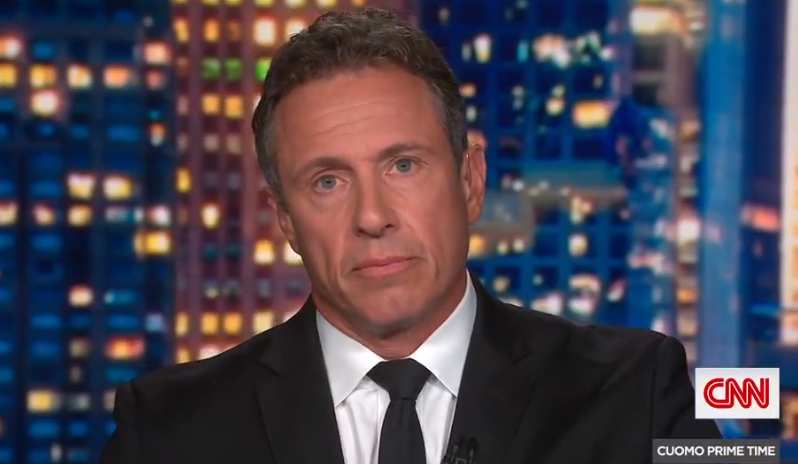 Chris Cuomo previously said he wasn’t an official advisor to his brother, but did acknowledge that he counseled him and was one of the people who encouraged him to resign the New York State governorship in light of the misconduct allegations.

The CNN host previously apologized to his colleagues and his audience for his involvement in the matter, but he was not suspended—nor was he fired by the network. However, these new details are alarming enough that CNN decided to take more drastic action.

These newly-released details from the New York AG report include that Cuomo leveraged his journalistic sources to pursue information on the women who accused his brother of sexual misconduct. Chris Cuomo was also actively in touch with a top aide for then-Gov. Cuomo, Melissa DeRosa, concerning incoming media reports that detailed alleged sexual harassment by the then-governor, according to a transcript of his interview with state investigators. Chris Cuomo also tried to help the governor’s office by dictating statements for his older brother to use.

“Please let me help with the prep,” Chris Cuomo told DeRosa in one message from March 2021.

Three days after the New York Times reported that Andrew Cuomo attempted to kiss a woman named Anna Ruch in an unwanted advance at a wedding, Chris Cuomo texted DeRosa: “I have a lead on the wedding girl.”

The CNN host said the source was someone who had called him who knew Ruch’s family, and that the source of his had explained that “maybe she had been put up to it.” However, the CNN host said that his brother’s aides shot down that notion and that he set his friend’s claim aside. “So that’s that,” he said.

Chris Cuomo eventually gave investigators the name of the source who talked to him about Ruch, but the AG redacted the name from the report.

Also in March, DeRosa texted Chris Cuomo about a Politico piece that included additional allegations against his brother: “Rumor going around from politico 1-2 more ppl coming out tomorrow. Can u check your sources?” The CNN primetime host responded: “On it.” He subsequently texted her: “No one has heard that yet.”

“Did u get any more intel?,” DeRosa asked him a day later. “Story not ready for tomorrow,” Chris Cuomo responded that same day.

Former governor Andrew Cuomo continues to deny all sexual allegation charges being levied against him.

Anderson Cooper will anchor the 9 p.m. hour for the time being.