NEXT:Broadcast Networks Break Into Regularly Scheduled Programming With News About the Mueller Report
PREVIOUS:Look Who’s Leading the TVNewser Bracket Challenge After Round 1 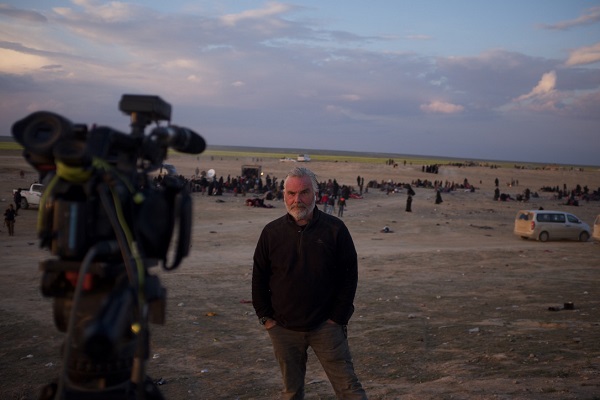 For CNN senior international correspondent Ben Wedeman, it’s been a wild 50 days in Syria reporting on ISIS’ last gasps. But then again, Wedeman has had an extraordinary career reporting from some of the most intense situations across the Middle East.

“When it comes to covering wars, every war has that moment where you shake your head and ask yourself, “What’s become of humanity?,” Wedeman told TVNewser on Friday from Syria. “But there are also those moments in the midst of a horror show when you see an act of humanity happen right in front of you. Those are the moments I try to remember.”

We managed to catch up with Wedeman on Friday afternoon ET (Friday evening local time), and here’s what the Beirut-based war correspondent had to tell us from Syria.

TVNewser: You’ve been on the ground in Syria for 50 days. First off – How are you and your crew doing?

Wedeman: We’re fine – I’m actually on my second crew now. Even though there are a lot of challenges working under these conditions – we’re sleeping on a roof, eating canned tuna, soup and crackers, showers are a rarity and there’s no running water, heating, electricity or decent internet – we’re doing well and focusing on reporting this important story. This is why we do the work.

Can you give us an update from the ground? Has ISIS definitively been defeated in Baghouz?

As of Friday evening, no, and we’ve had to scramble to provide a reality check. We’re seeing gunfire coming out of the ISIS positions, which are in a small piece of territory hidden in tunnels and caves on the edge of a hill outside on the end of Baghouz. Syrian Democratic Forces (SDF) say there are still hundreds of holdouts, including women and possibly children being used as human shields, and they believe these last jihadis are not going to not give up easily…they will fight to the death. And while we’re hearing Sarah Huckabee Sanders and President Trump say the caliphate is totally defeated, what we’re seeing with our eyes and hearing is that it isn’t defeated yet – it’s on the brink but it is not over yet.

To follow up on that – ISIS is about to lose its final geographic stronghold, but the ISIS ideology isn’t dying. Can you expound on that statement?

We’ve spoken with ISIS fighters who have surrendered and many – including their wives and children – remain faithful to the ideology of ISIS and are under belief that defeat is temporary. One man told me that God has promised Muslims that Islam will rule the world. So while their physical entity and territory is on the verge of extinction, their ideology is far from dead. 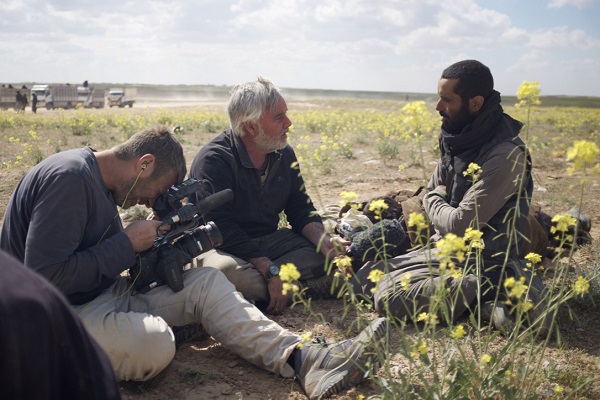 As someone who has reported from and about nations that aren’t exactly kind to journalists, I’m interested in getting your thoughts about what the American political press is experiencing right now. I’m in no way comparing reporting in the midst of gunfire to taking proverbial bullets from a president, but there have to be at least some similarities between your work and what’s transpiring in the states, no?

I don’t really think there are that many similarities because we’re operating in a warzone and trying to get as much access to the frontline as possible by working with the SDF, who don’t seem to know how to deal with the media. They’re not hostile but not exactly forthcoming with information, so it’s a constant struggle to get the access that we want to tell this story. But as time goes on they’re slowly learning that we don’t take no for an answer. 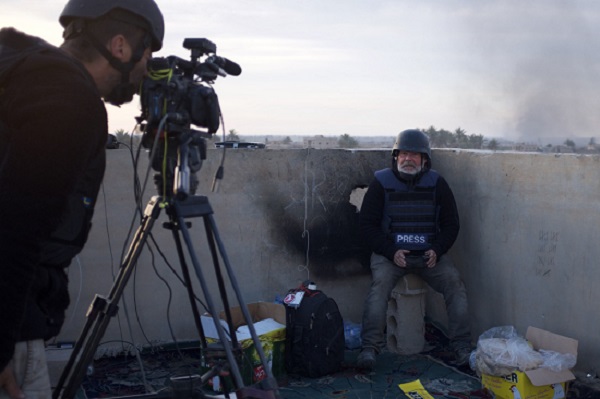 You’ve been with CNN since 1994. How do you keep your storytelling fresh and relevant for global audiences?

I have been covering stories of huge global significance for a long time, and therefore it is a constant process of trying to keep it fresh. You just have to get into the story and try not to treat it like a humdrum series of events. But with this story it’s one shocker after another. I never thought I’d interview so many people who were part of the Islamic State, and with that comes a certain degree of fascination that I hope is reflected in the coverage.