NEXT:Dan Abrams Is Getting His Own Law & Politics Program on SiriusXM
PREVIOUS:Megyn Kelly Today Is Officially Not Returning 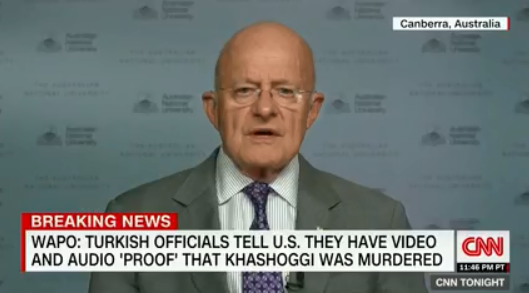 Another day, another bomb scare.

But President Trump is now knocking the news outlets for reporting on public figures –including two former presidents– and global media companies who have had explosive devices addressed to them, tweeting the following minutes ago:

Republicans are doing so well in early voting, and at the polls, and now this “Bomb” stuff happens and the momentum greatly slows – news not talking politics. Very unfortunate, what is going on. Republicans, go out and vote!

Two suspicious packages were found this morning that were addressed to a high-ranking government officials, and unabashed critics of the Trump administration; increasing the count to 12 this week.

One addressed to New Jersey Sen. Cory Booker was intercepted at a mail facility in Opa-Locka, Florida.

A second was addressed to former Director of National Intelligence and CNN contributor James Clapper and CNN in New York.

The NYPD responded to the West 52nd Street postal facility after they were alerted to a suspicious package addressed to Clapper and CNN. 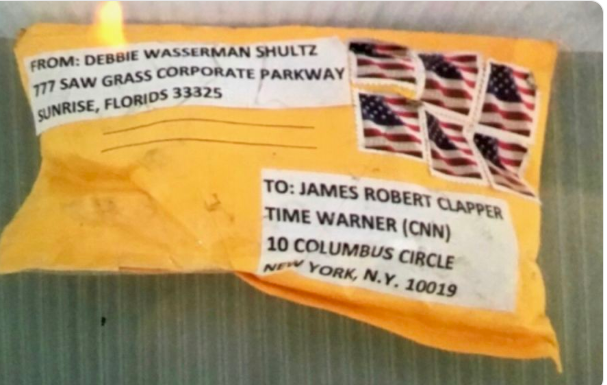 This comes just two days after a package containing an explosive device that had been delivered to The Time Warner Center –home of CNN NY, and was meant for former CIA Director John Brennan.

The former CIA director, also an MSNBC contributor, had been a public critic of the president; similar to Clapper.

But the difference between the two is that Brennan actually had his security clearance revoked back in August by The White House. Clapper has not had his revoked, but he was reportedly on a list. Others reportedly under consideration for revocation were: Former director of CIA & NSA Michael Hayden, former FBI Director James Comey and former FBI deputy director Andrew McCabe, former FBI agents Peter Strzok and Lisa Page, former deputy attorney general Sally Yates, former Obama national security advisor and U.N. ambassador Susan Rice, and former DOJ official Bruce Ohr.