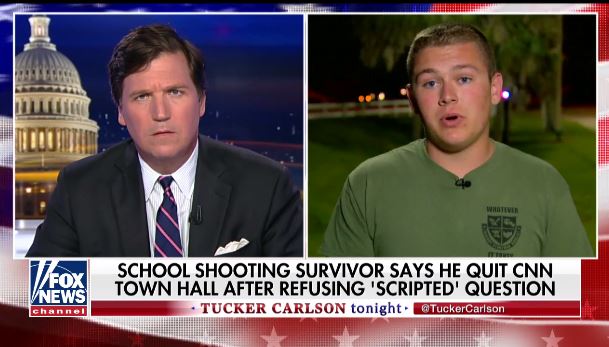 Haab said he was contacted by CNN special projects ep Carrie Stevenson days before the event and was asked to write an essay, in addition to questions to ask. Haab said when his question was re-written for him, he decided to skip the event. He explained as much on local news after Wednesday’s event.

Trump then took the opportunity of Haab’s Fox News appearance to knock the ratings of CNN and MSNBC.

As we reported yesterday, CNN’s town hall was the most-watched cable news program Wednesday night in all measurements. As for MSNBC’s ratings, that network continues to see the most ratings growth among the cable news networks.

There is absolutely no truth to this story — and we can prove that. CNN did not provide or script questions for anyone in last night's town hall, nor have we ever. Those are the facts. #FactsFirst ?