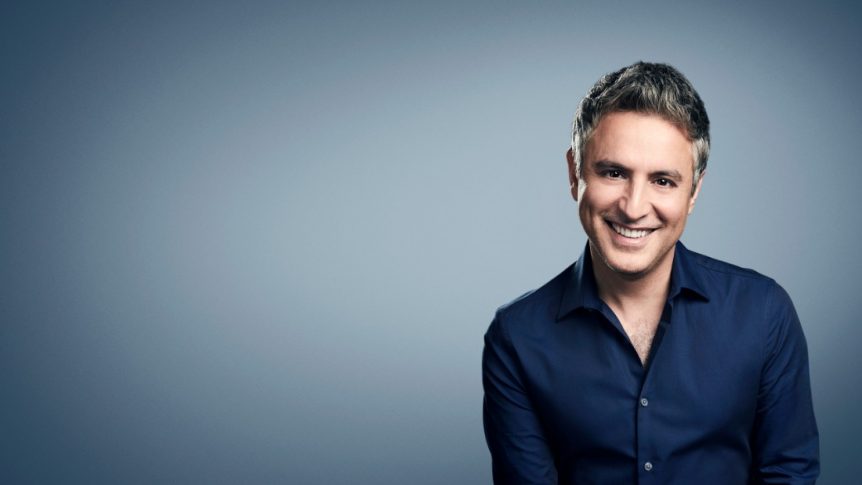 After news broke of the terror attacks in London last night, Pres. Trump took to Twitter to tout his proposed travel ban saying it would offer an “an extra layer of security.”

That did not sit well with many people, including CNN host Reza Aslan who responded by calling the president a “piece of shit” and an “embarrassment to America.” 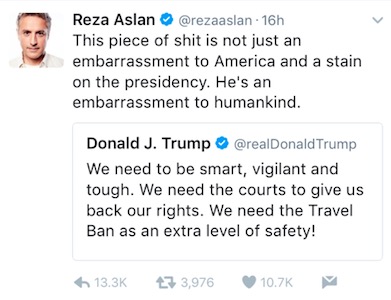 Aslan hosts the CNN show Believer, which is on hiatus now, but has been picked up for the 2017-2018 TV season. Late Sunday, CNN responded to the tweet which followed Aslan’s own apology.

“Reza Aslan is not a CNN employee,but does host a series on the network,” a CNN spokesperson said in a statement. “We are pleased that he has apologized for his tweets. That kind of discourse is never appropriate.”

I should not have used a profanity to describe the President when responding to his shocking reaction to the #LondonAttacks. My statement: pic.twitter.com/pW69jjpoZy

This is the second time in four days CNN has had to respond to one of its hosts who’d criticized the president. On Wednesday, CNN cut ties with New Year’s Eve co-host Kathy Griffin after what it called a “disgusting and offensive” photo shoot which depicted the severed head of Trump.