NEXT:These Are the Top-Rated Cable News Shows for February '22
PREVIOUS:New Episodes of Cops to Air On Fox Nation Starting Friday 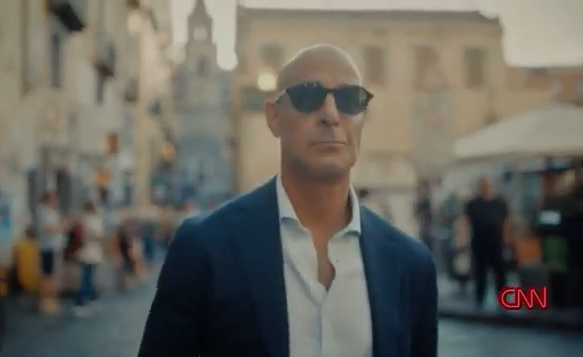 With its around-the-clock coverage surrounding Russia’s invasion of Ukraine, CNN has had to do an audible with some of its original programming.

Roadrunner: A Film About Anthony Bourdain, set to air this Sunday, has now been rescheduled for next Sunday, March 13, at 9 p.m.

CNN has been known to preempt its original programming to cover breaking news or an ongoing crisis. During the peak of the COVID-19 pandemic, it had to delay the premieres of Kamau Bell’s United Shades of America and Bill Carter’s The Story of Late Night.

The network has been beefing up its slate of original programming to counter the times when viewership wanes when there is no breaking news.

CNN looks to have found its next big hit with Stanley Tucci’s series, but it too was a victim of breaking news coverage in its first season. It was filmed before the pandemic and its debut was delayed until February 2021.