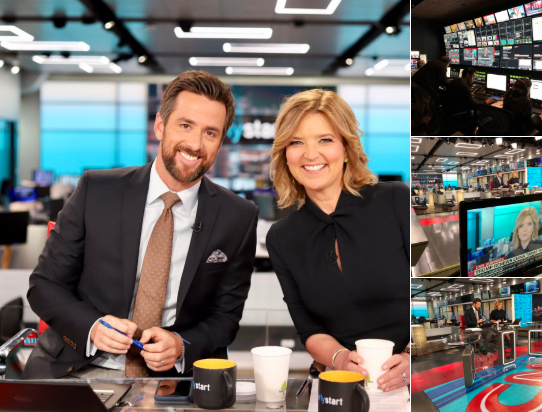 The CNN New York HQ’s slow move from its longtime home in the Time Warner building at Columbus Circle, to 30 Hudson Yards on Manhattan’s west side appears almost to be complete.

Most staffers are at their desks, and New York-based programming is now starting to originate from the new studios.

Early Start with Christine Romans and Dave Briggs made the debut at 4 a.m. today.

CNN Newsroom with Poppy Harlow and Jim Scuitto will originate from new studios at 30 Hudson Yards at 9 a.m., as will the 11 a.m. hour anchored by Kate Bolduan (At This Hour), and the 2 – 4 p.m. edition of CNN Newsroom anchored by Brooke Baldwin.