NEXT:Jeff Zucker When Asked About Mayoral Aspirations: 'I Always Like a Challenge;' CNBC Prime Time Could Go Conservative Opinion
PREVIOUS:The News Ticker Is Back on the MSNBC Screen ... for Now 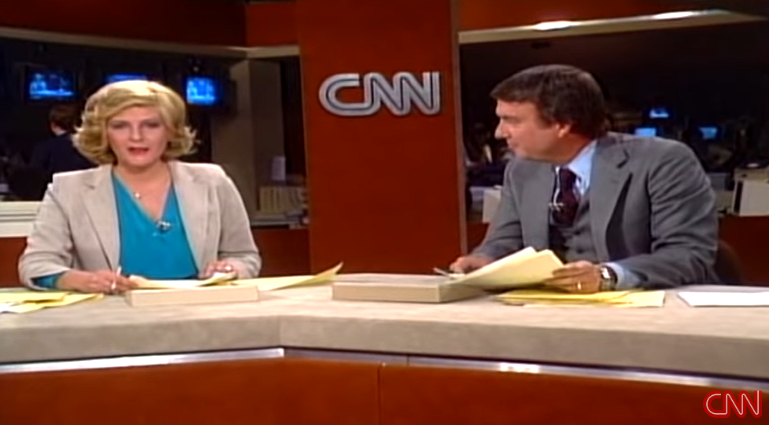 When you think about the history of CNN, these are some of the names that might immediately come to mind. But there are thousands of other staffers behind the scenes who have contributed to the success of CNN, which launched 40 years ago today.

Staffers received a sweatshirt and note today in celebration of the anniversary: 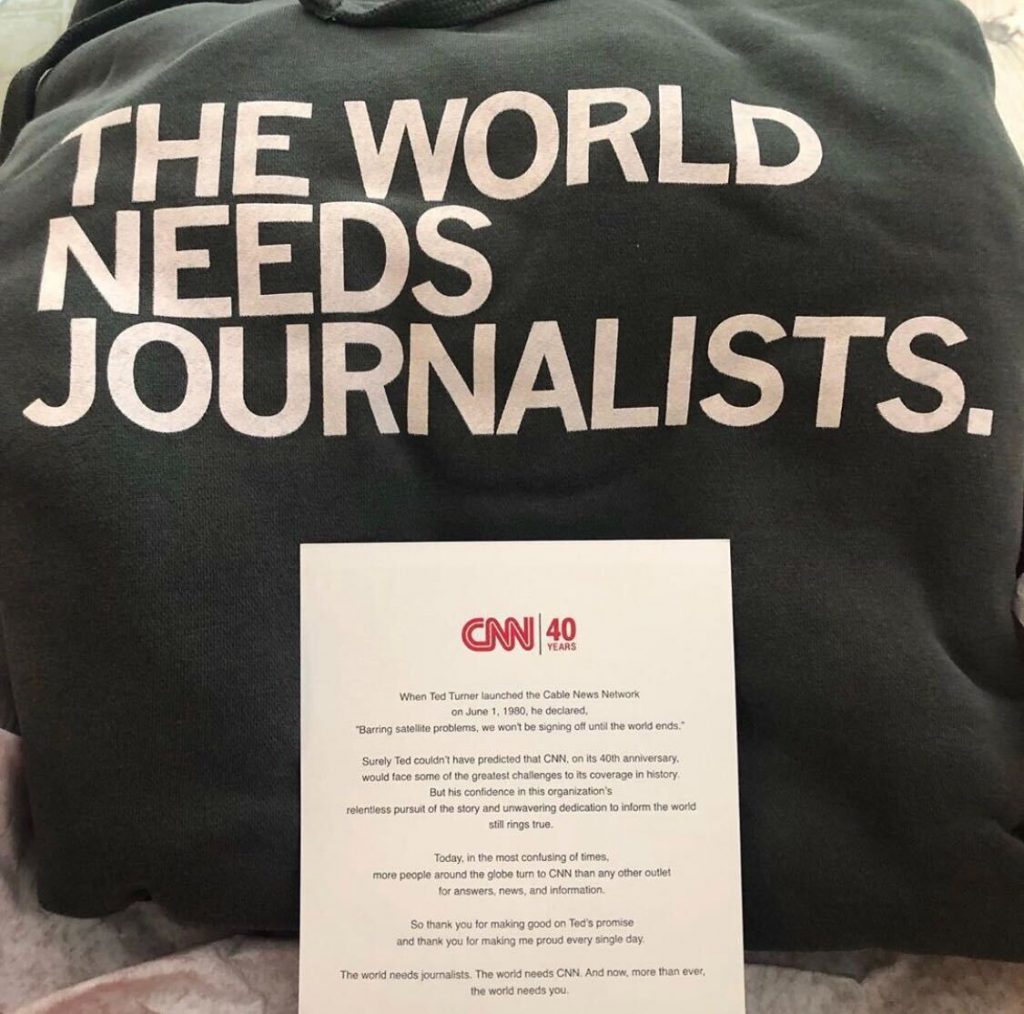 The idea of a 24/7 news network on cable television seemed, shall we say “bold,” when Ted Turner launched it from Atlanta.

But it seems to have worked out.

Turner, who would become an iconic figure in the city of Atlanta, recited these words on CNN launch day:

“To act upon one’s convictions while others wait, to create a positive force in a world where cynics abound, to provide information to people when it wasn’t available before, to offer those who want it, a choice. For the American people whose thirst for understanding and a better life has made this venture possible, for the cable industry whose pioneering spirit has caused this great step forward in communications, and for those employees of Turner Broadcasting whose total commitment to their company has brought us together today, I dedicate the news channel for America, a cable news network.”

On that first broadcast, Hart shared the anchor desk with her husband, David Walker, as the couple dived into the top news headlines of the day. The first major story on that debut broadcast was then-President Jimmy Carter arriving in Fort Wayne, Ind., for a visit with the civil rights leader Vernon Jordan, who was “in serious but stable condition” after an assassination attempt on his life.

The stories during that first broadcast were a mix of politics and national news. That remains the case, more or less, 40 years later.