CNN is strictly enforcing a mandate that all staffers who want to come into the office must be vaccinated.

As proof, according to a memo from CNN Worldwide chief Jeff Zucker obtained by New York Times’ Michael Grynbaum, CNN recently terminated “three employees who were coming to the office unvaccinated,” adding, “we have a zero-tolerance policy on this.”

This is one of the first known examples of a major U.S. company firing employees for ignoring a workplace vaccine mandate.

Part of Zucker’s memo to staff is below: 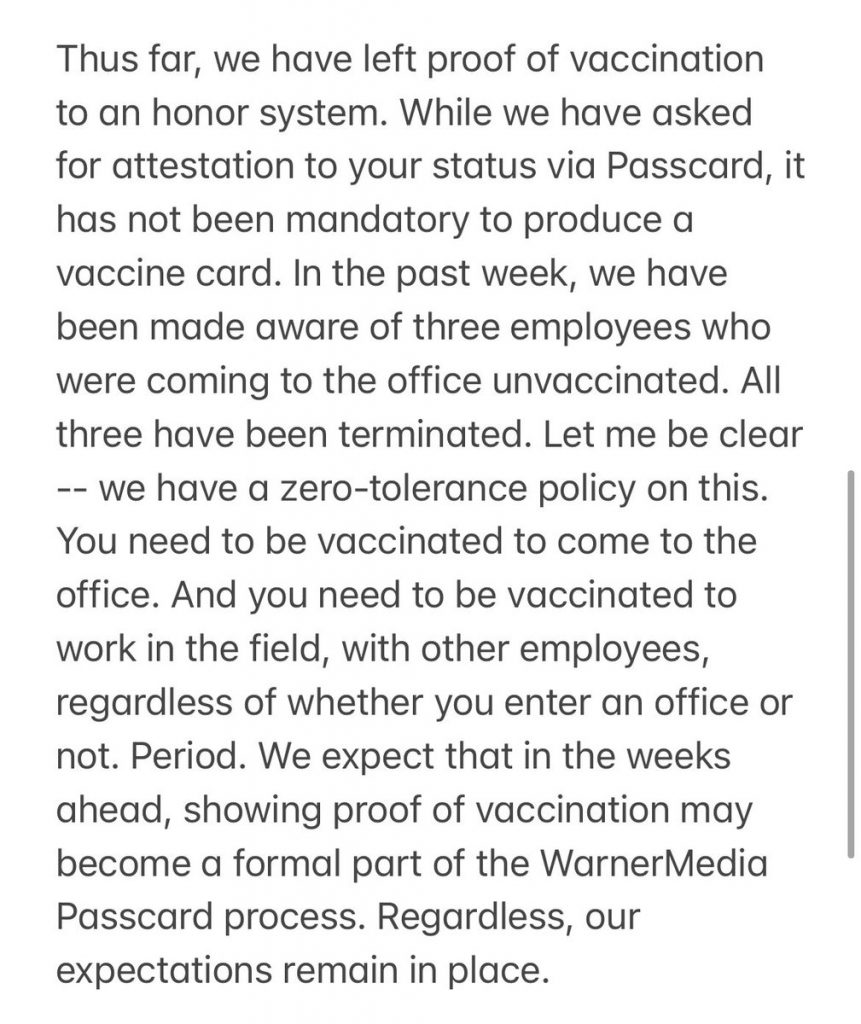 In late May, Zucker sent a memo to staff stating that he expected the majority of CNN employees would not be able to return to the offices on a full-time basis in 2021.

Earlier this summer, when things appeared as though returning to some sort of normal, Zucker announced that a September 7 return-to-office-date was in place. However, CNN’s Oliver Darcy now reports that the network is now targeting mid-October.

“I think it is fair to say that we are all feeling a mix of anticipation, anxiety, frustration, confusion, and exasperation … I get it,” Zucker says. He adds: “Continue to take care of yourselves and each other. And I will share more updates just as soon as we have them.”