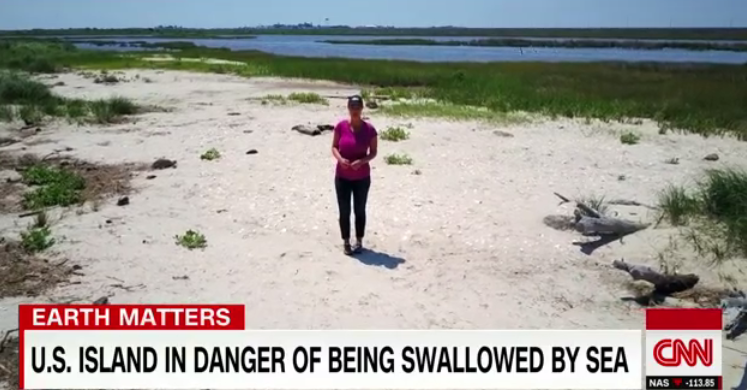 Earlier this month CNN meteorologist Jennifer Gray reported on erosion affecting the future of an island in the Chesapeake Bay. Tangier Island, Virginia is less than 100 miles from the nation’s capital. But the Army Corps of Engineers believes sea level rise and erosion could wash away the island in as little as 20 years.

In Gray’s story, the mayor of the island made a plea to Pres. Trump for help. And apparently the president heard that call. As Gray writes on CNN.com:

The phone rang — and it was the President. “My wife said only an expected call from Trump would get me off the water on a Monday morning,” Mayor James “Ooker” Eskridge said.
The mayor said he was out crabbing on the bay, as he does every day, when his son drove up in his boat to tell him to “get home and wait by the phone; the President wants to talk to you.” Eskridge didn’t believe his son at first but eventually decided to head in. Sure enough, about 2 p.m., the President called his home.

Mayor Eskridge said he and Pres. Trump were on the same page about the threats facing the island. The mayor will be a guest on Jake Tapper‘s show this afternoon.