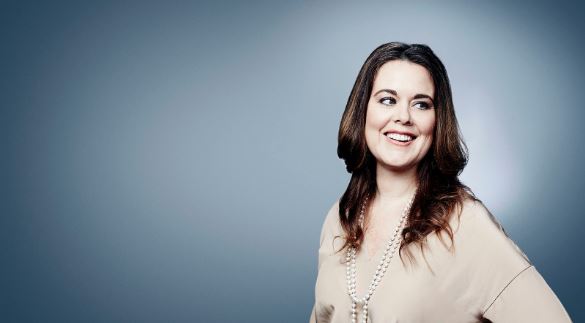 A major change is coming to CNN on the digital editorial front.

Based out of Atlanta, Artley joined CNN in 2009 and has led a global team of more than 350 digital reporters, producers and editors that made one of the world’s most widely-read digital media brands.

Her specific duties included overseeing the creation, programming and publishing of content across all CNN Digital properties including CNN.com, CNNi.com, CNN Politics and CNN Business across mobile, social, desktop and a variety of emerging platforms and products.

This is the second high-level CNN digital executive to exit since the Discovery merger went into effect. Artley’s former boss, CNN digital evp and the executive in change of the now-defunct CNN+, Andrew Morse left earlier this month.

To the best digital news team in the world:

Today is the day I have my own breaking news to share. I’m leaving CNN after more than a dozen years. I’m so honored to have had this time here, and to have worked across the entire organization to build the #1 brand for news on the internet.

I moved across the country to Atlanta in 2009, after a stint at the LATimes, with a husband and 6-month-old. I came for the opportunity to work with talented people committed to truth, to independent global journalism, and to help CNN create and share more vital journalism with more people everywhere.

CNN had always been a brass ring for me. At the LATimes, the IHT, and the NYTimes, the CNN homepage was often spotted on newsroom desks and our air was on all the monitors. The audience numbers were mind-blowing even back then … we would look at the competitive reports and be stunned at the digital reach CNN had.

Look at everything CNN is doing right, I remember thinking back then. How exciting it would be to help them go farther.

I’m so proud to have played a role in guiding, growing and championing CNN’s journalism across our digital platforms for all these years. We’ve grown the team of dedicated digital journalists more than threefold. We’ve also grown the number of CNNers who do digital journalism regardless of where they sit on an org chart. We’ve doubled-down on breaking news and distinctive storytelling in many forms and on many platforms. We invested in new beats and approaches to engage audiences. Those audiences have grown massively, as has our lead over worthy competitors. And the business of digital keeps going up, with more upside to come.

There are not many jobs in the world where you can come to work and have the kind of impact we have every day, reaching millions of people with trusted news that’s free and accessible to all.

It’s been a rewarding and long run.
And, it’s time for my next adventure with my family.
I am so proud to handoff to this immensely talented, diverse team.

There is so much CNN is doing so right.
How exciting to think about how much farther you will go.

I’ll be rooting you on, *even if* I notice an uptick in animal stories once I’m on the outside.

I’ll be around for another week or two, helping with the transition.

With thanks and best wishes,
Meredith