NEXT:Thursday, Aug. 27 Scoreboard: Fox News Delivers 9 Million Viewers in the 10 p.m. Hour, No. 1 on TV
PREVIOUS:CNBC Adds 4 New Events to Its Fall Schedule, Including CMO Exchange and Inclusion In Action 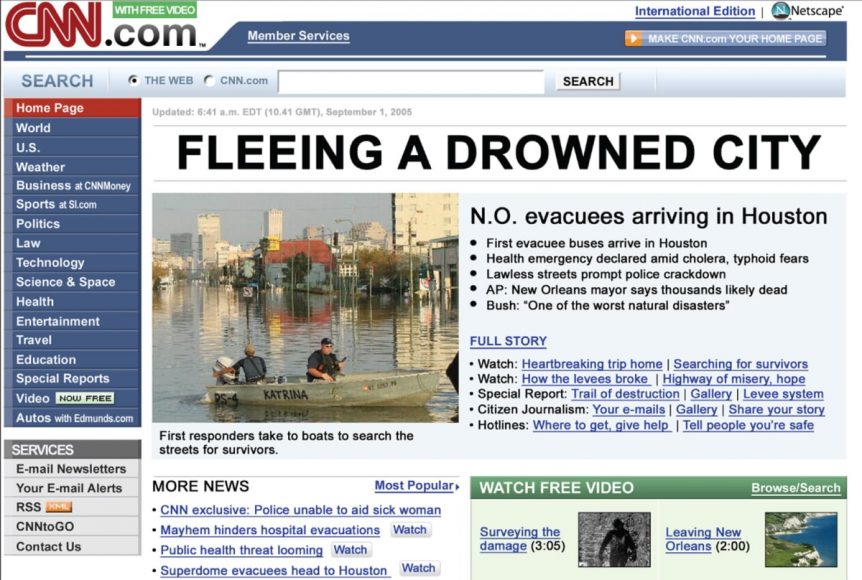 What were you doing on Aug. 30, 1995? Well, the folks at CNN were busy joining the internet. CNN Digital was born on this date, 25 years ago today.

Before CNN launched its website, CNN Interactive (as it was then known) was distributed on CDs, and it has since expanded into mobile, apps, social media and more.

What were some of the most popular stories back in 1995, when the site first launched? The murder trial of O.J. Simpson and the end of the Bosnian war after NATO-led peace talks were up there on the totem pole. 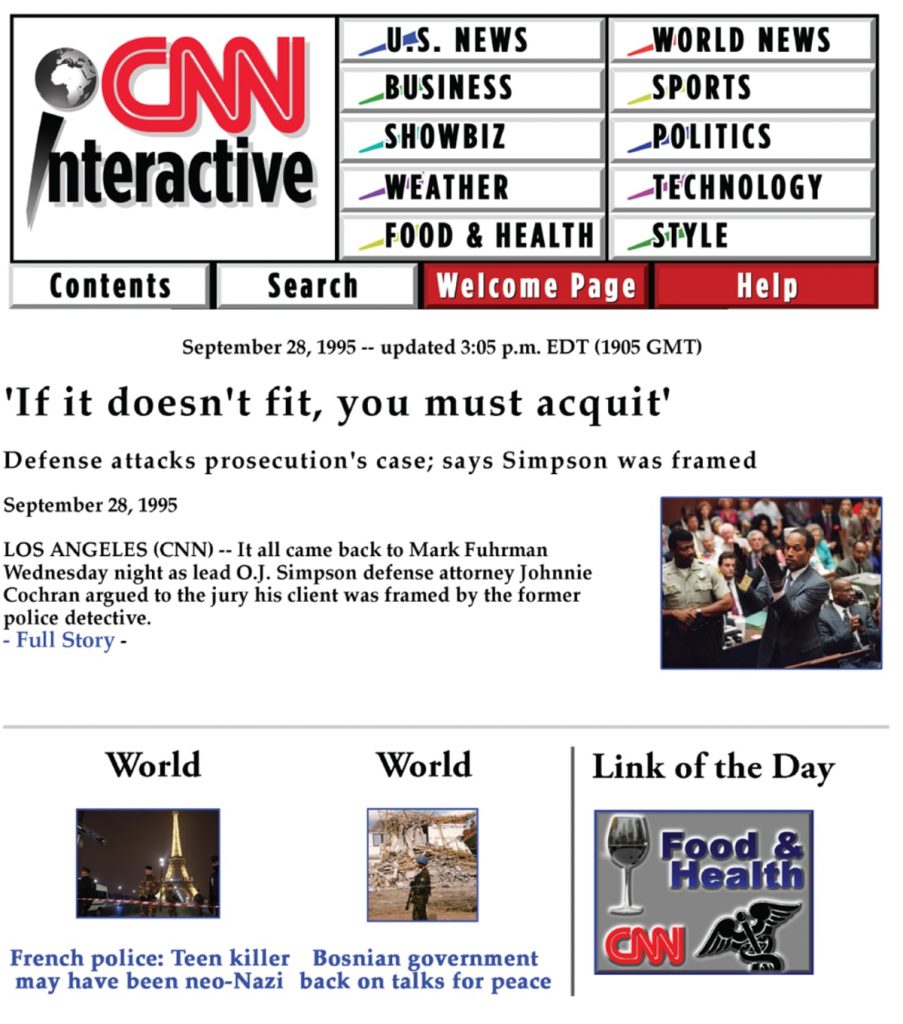 Here’s an interesting throwback from 1995: 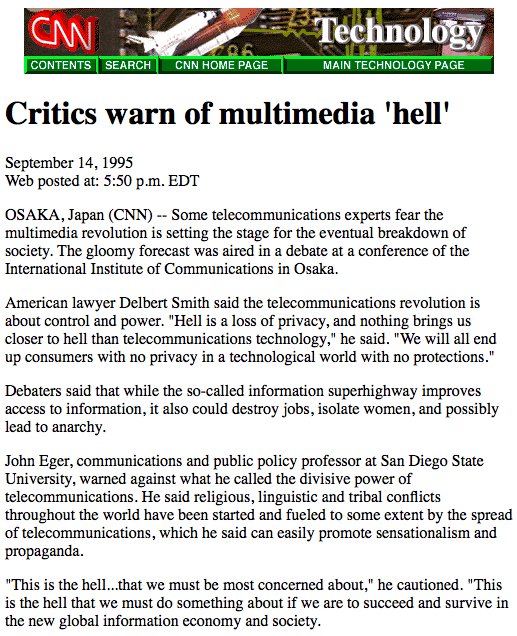 Between 1995 and 2000, the site’s name was simplified to “CNN.com.” Like the name, the logo also evolved over the years. Here are a few used by the site over the past 25 years: 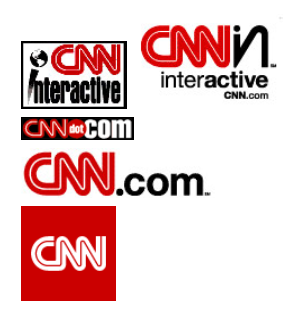 Here’s 2001: A simplified version of the homepage is used for several hours on 9/11 to handle the flood of users seeking news about the terrorist attacks: 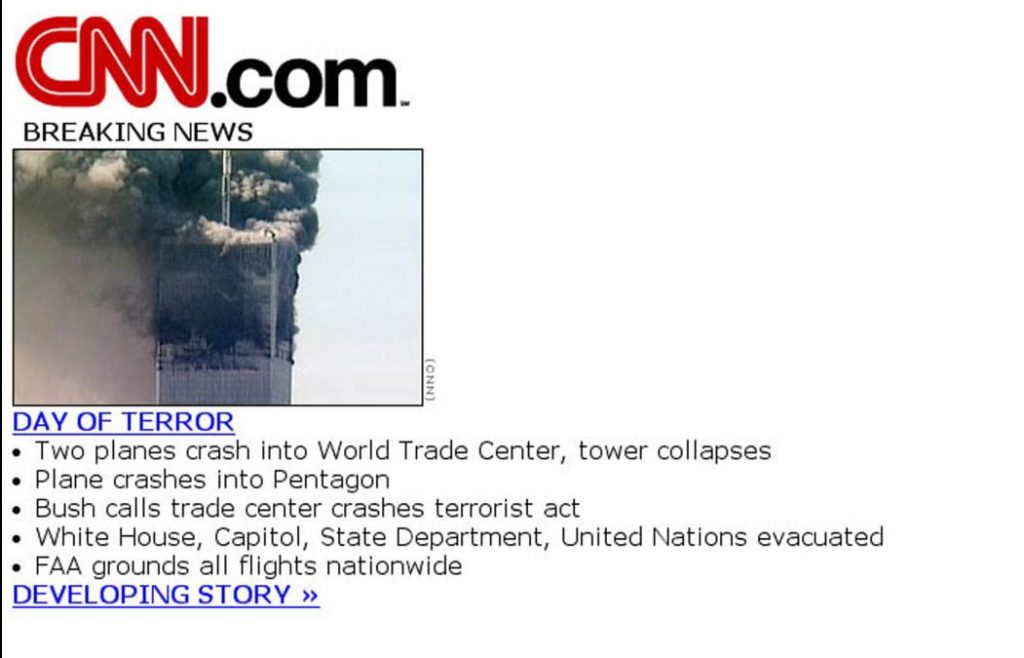 Moving from the beginning of the decade to the end—2009 and the CNN iPhone app: 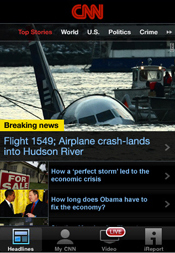 Fast forward to 2020: We’re in the midst of a pandemic, racial unrest and a wild election season, and CNN Digital is delivering content across 40+ platforms that include a website, apps, devices and social feeds:

TVNewser obtained a memo CNN Digital chief Andrew Morse sent to his staff this past Friday to mark the 25th anniversary:

When Ted Turner unveiled his audacious plan for a 24-hour news network in 1980, most people thought he was crazy. They questioned whether audiences would really be interested in around-the-clock news reports. But defying critics as he always did, Ted launched CNN with a spirit of innovation and possibility.

This Sunday marks the 25th Anniversary of CNN Digital, or “CNN Interactive” as it was called when the network’s first website launched on August 30, 1995. “The Web” was still in its infancy, but CNN was one of the world’s first news organizations to understand the power of the Internet.

The T1 headline that day on desktop computers read: “CNN.com launches: Access the news via computer 24 hours a day.” The lede followed: “CNN debuts today on the Worldwide Web with its own homepage, accessing thousands of pages of data…”

Twenty-five years later, we are still available via computer … along with CNN mobile apps and mobile web where the majority of our roughly 30 million daily users consume us. Plus, you can find CNN’s digital footprint via CNNgo apps on eight OTT devices, across all social platforms and more than 40 other products powered by billions of pieces of data.

Since that late August Wednesday in 1995, CNN Digital’s teams have reported the biggest stories of our lifetime, while constantly experimenting with new formats, products and user experiences to deliver the news in the most innovative ways.

From the OJ Simpson trial in our inaugural year, to the death of Princess Diana not long after, the impeachment of a President and an election decided by a recount in Florida. The tragedy of 9/11 and the long wars in Afghanistan and Iraq. The shock of Columbine and so many sorrowful days like it. The unprecedented wrath of Hurricane Katrina. A financial crisis that shook the U.S. economy in 2008, and the election of the nation’s first Black President that same year. Devastating earthquakes in Haiti and Fukushima. The Arab Spring. The rise of ISIS. The climate crisis. The legalization of gay marriage. The #MeToo movement. Our teams have watched history unfold and connected the very best of CNN’s global reporting to our audiences.

We’ve told those stories through a litany of innovations. The Political Ticker Blog. The revolutionary iReport. Mobile alerts on smart watches—not to mention apps. Broadcasting live through virtual reality headsets. And of course, delivering the breaking news that CNN is known for through a Dynamic Live Experience. The way our users experience our journalism matters, and it has helped make us essential though the years.

The last nine months have been unlike anything we’ve ever experienced. We are living in remarkable times—a global pandemic, a tenuous global economy, the critical and deeply personal conversations and reflections that began with the Black Lives Matter movement and the tragic events that sparked it. Against that backdrop, a critical U.S. Presidential election. All this while our entire global organization has been working from home and managing new realities in their own personal lives.

And while we’ve been home, we’ve been doing what CNN Digital does best—producing essential, world class journalism and constantly innovating as we focus on better understanding our users. During a non-stop news cycle, we’ve launched products like the new CNN Election Center, the 411 Coronavirus resource, new newsletters from CNN Business, Politics and Health, and podcasts like Sanjay Gupta’s “Coronavirus: Fact vs. Fiction,” and Don Lemon’s “Silence Is Not an Option.” And perhaps most importantly, amid all this progress, we’ve continued to focus on the way we work and on building the culture that will support our ambitions for the future.

So much about CNN Digital is different than it was when our first website launched 25 years ago. But some things never change.