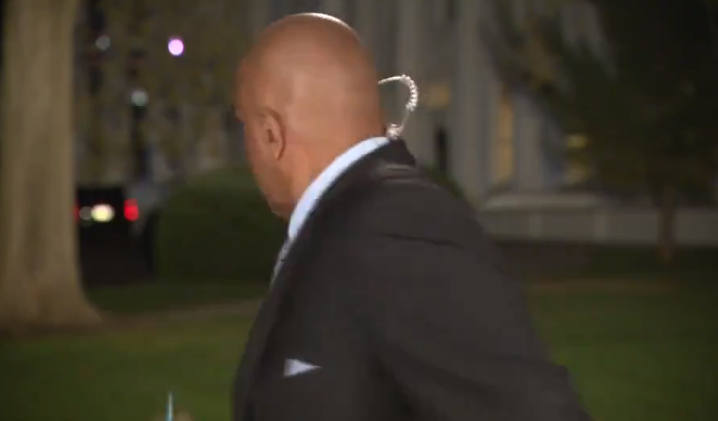 CNN correspondent Joe Johns was set to do a live shot for CNN’s New Day from the White House, when all of a sudden he noticed a rather large critter approaching his space. Or was it the other way around?

Either way, Johns attempted to shoo it away, tossing an object in the raccoon’s direction and yelling “rawr,” seemingly impersonating a grizzly bear.

“It always comes around right around when I’m about to go on TV,” says Johns, who’s understandably frustrated.

This is what a consummate professional @joejohnscnn is. Seconds before his @NewDay live shot, he fends off a raccoon attack! Just another day in the nutty news cycle. #behindthescenes #whitehouseraccoon #wildlife pic.twitter.com/p13w3QICiD

It’s possible we could see more of this raccoon in the future; or maybe there are more lurking in the White House bushes? Jim Acosta tweets that his colleague Khalil Abdallah captured footage of a White House raccoon the previous night.

Apparently this isn’t the first time Johns has encountered a racoon while reporting from the White House:

So it’s the 2d time in two weeks a raccoon has shown up shortly after the @NewDay open. I think they’re attracted to the lights. No animals were harmed. I threw something to scare it off. #CrazyOuttakes https://t.co/VXBPflFYGm