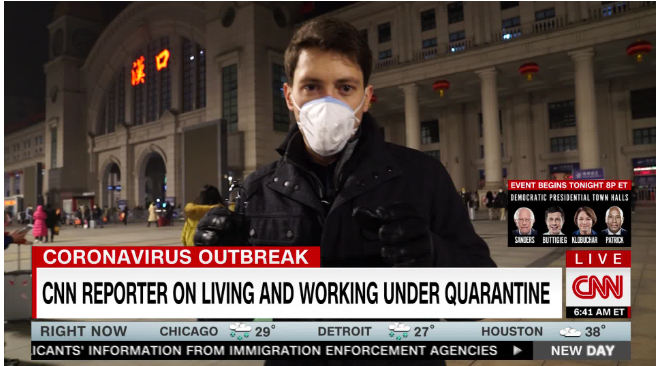 Long Island University announced the winners of the 73rd annual George Polk Awards in Journalism, honoring journalists for their reporting in 2020.

Almost half of the awardees won for reporting on the coronavirus pandemic, which dominated the judging process, accounting for 1/4 of all submissions.

Their win marks the first time in the 73-year history of the Polk Awards that the award for Foreign Reporting went to a television report. All previous TV awards were in the Television category.

One might recall how Culver, Xiong and Thomas were in Wuhan, China in mid-January 2020 right as the city announced a 76-day lockdown. The trio had only been in Wuhan for about 29 hours when the country announced the lockdown. They then left the city of 11 million to quarantine in Beijing for 14 days, an experience about which Culver later reported for CNN. 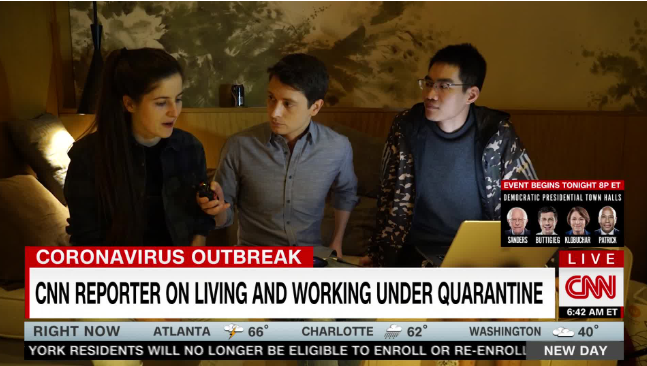 Culver and his team did manage to get back into Wuhan not long after the lockdown ended.

Culver returned to Wuhan in April, and filed reports on April 22 for CNN U.S. shows Anderson Cooper 360 and The Lead with Jake Tapper.

Additionally, the award for Television Reporting went to Vice News Tonight correspondent Roberto Ferdman and his crew for breakthrough coverage of the shooting death of 26-year-old Breonna Taylor in a “no-knock” police raid in Louisville and the investigations that followed. Their reports revealed a pattern of over-heavy police enforcement amid a culture that condoned misconduct and called into question official accounts of the raid and ensuing probes, including a highly suspect grand jury investigation.