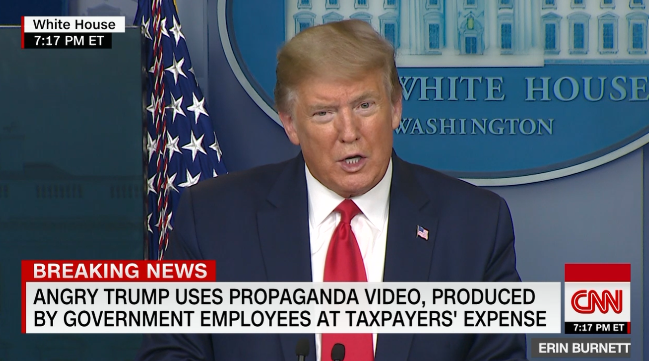 These daily coronavirus task force press briefings seem to be getting stranger by the day. We may have hit a new level of strange today.

Pres. Trump used the start of Monday’s briefing to deliver a lengthy attack on the media, pushing back on a New York Times report from Saturday that included details about a belated and chaotic response by the Trump administration to the novel coronavirus.

The story has a whopping six bylines on it.

After slamming the report, Trump teed up a video with compiled clips from January and February of print and TV newsers, contributors and guests appearing to downplay the virus’ threat. The video began with a full-screen graphic: “The Media Minimized the Risk from the Start.”

The president is using audio of me on The Daily to bash my reporting in the paper (though I’m so glad they listen to the Daily). Their use of the audio is misleading—I went on to say I said he treated that travel limitation as a Mission Accomplished moment.

The video, which many have deemed a glorified Trump campaign ad, also consisted of clips of governors praising the federal government’s response to combating the coronavirus (even though the governors at times have also expressed frustration at Trump and the government’s efforts to combat the virus, particularly a shortage of medical equipment).

After the video was over, Trump returned to the podium:

“So we could give you hundreds of clips like that from governors. We can give you hundreds of clips just like that. We have them. We didn’t want this to go on too long, but I just want to say it’s very sad when people write false stories, like in that case I guess it was mostly from The New York Times which is a highly—I mean, if you had libel laws, they would have been out of business even before they will end up going out of business. It’s too bad.”

CNN and MSNBC both cut to studio coverage after the video was over, and offered analysis and fact checked the claims made in that video. Former New York Times executive editor Howell Raines said on MSNBC what had just happened was “one of the most astonishing acts of disinformation since Vietnam.”

CNN took a different tactic. It ramped up its chyron game, putting up a series of graphics that were VERY critical of the president. Yes, these are real. 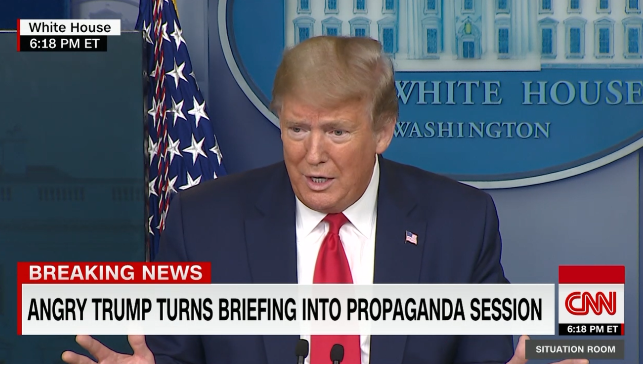 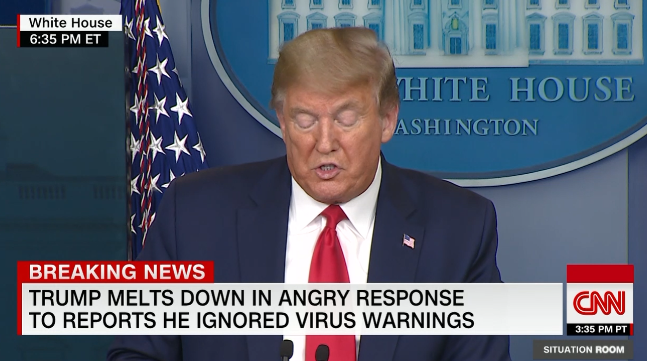 It remains to be seen whether any of the CNN graphics producers lose their jobs over these chyrons. Suffice it to say, this was a bold move.