NEXT:Who Is Megyn Kelly?
PREVIOUS:Here Are the Biggest Advertisers on Fox News, CNN and MSNBC 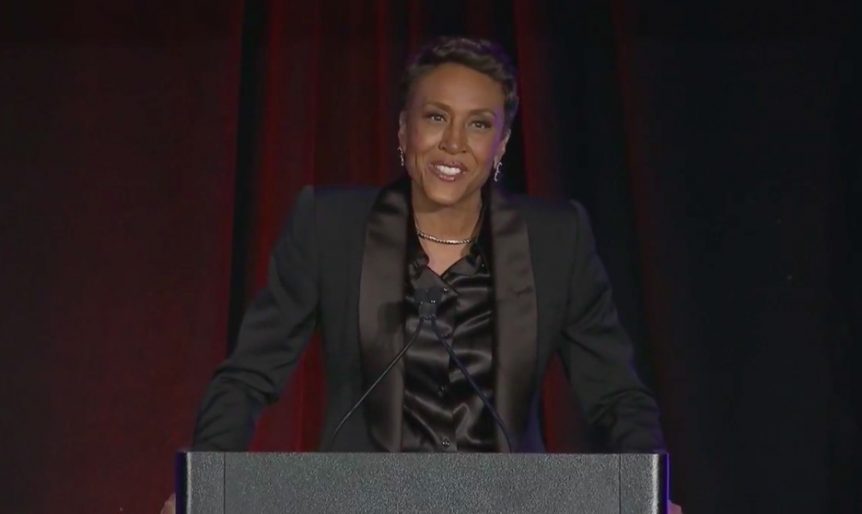 The freedom of the press, politics and the #metoo movement were front and center at the Radio Television Digital News Foundation’s First Amendment Dinner in Washington D.C. Thursday night.

“So toxic is today’s environment for journalists. Newsrooms have had to hire security. That is not OK,” RTDNF executive director Dan Shelley told TVNewser before the dinner got underway.

Hosted by Face the Nation moderator Margaret Brennan, the awards dinner is now in its 28th year. The organization honors First Amendment champions both in front of and behind the camera.

“At Morning Joe we work around the clock. I know how crushing the overnight work schedule can be. We feel blessed everyday when we look at our team. Such times like these demand that we beat back on the threats,” said Brzezinski.

“On July 6, 2016 I was mostly known as Gretchen Carlson, journalist,” she said, referring to the day she filed a sexual harassment suit against Fox News Chairman and CEO Roger Ailes, which led to his ouster. She thanked journalists in the room for coverage of the Me Too movement. “We will stand up together to use our voices, take back our power and above all always be fierce.” 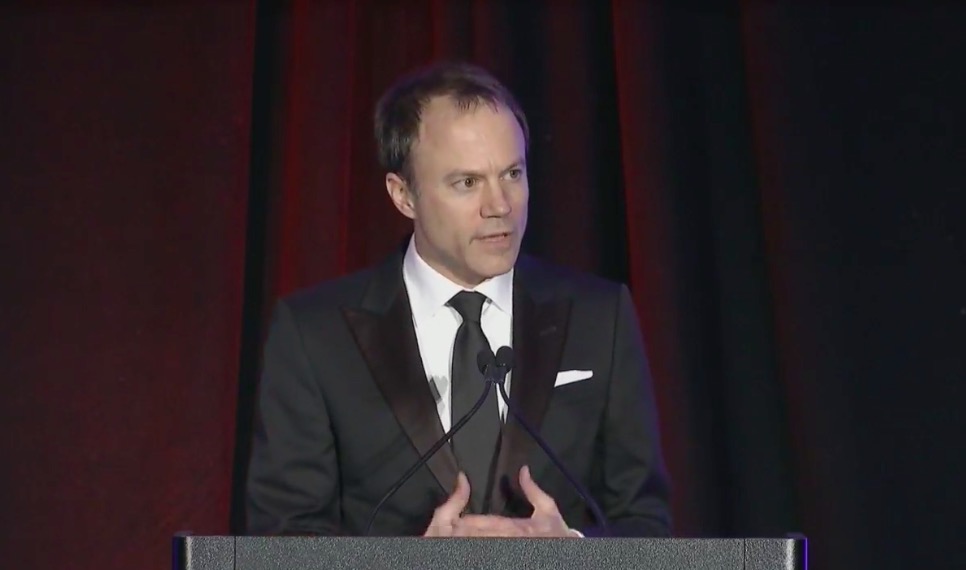 “Who are we to decide that truth shouldn’t be seen,” he said.

Todd, who accepted the First Amendment award on behalf of the 12 moderators of Meet the Press, said this isn’t the first or only time the press will be questioned. 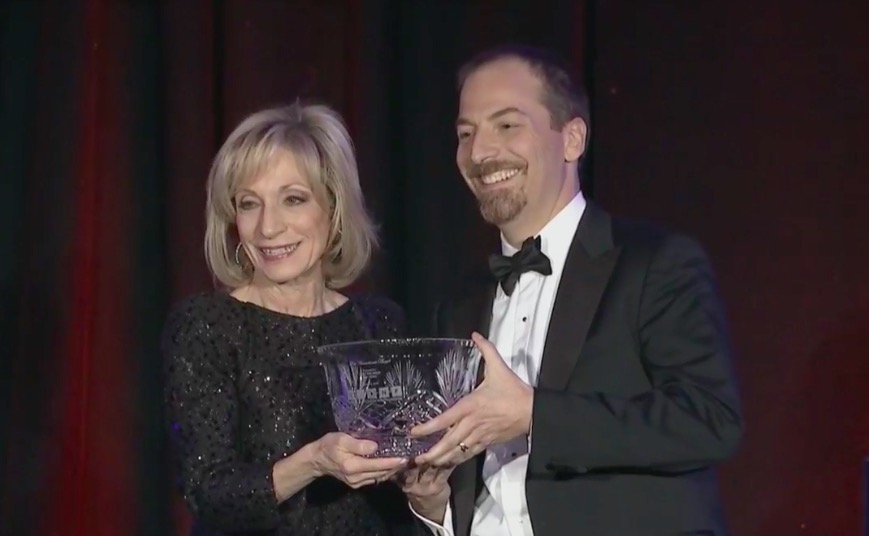 “With great power comes great responsibility,” he said quoting the line from Spider-Man. “For the future of journalism we need to come together. Nielsen cannot be our senior our producer. Viral can’t be our guiding light.”

Good Morning America anchor Robin Roberts rounded out the evening accepting the Lifetime Achievement Award. Robin’s family members including her sister, Sally Ann Roberts who just retired as a local anchor in New Orleans after 40 years, joined her as she accepted the award.

A video leading up to the award presentation highlight her career, the ups and downs including her cancer diagnosis and bone marrow transplant. Roberts, who has anchored GMA for the last 13 years, stayed away from controversy in her speech. She credited her strong family roots her for courage as a broadcaster and human being.

“Thank you for this honor and protecting us,” she said of the RTDNF. And to her siblings, who were in the audience, “thank you for teaching me to not let fear stand in the way of your destiny” 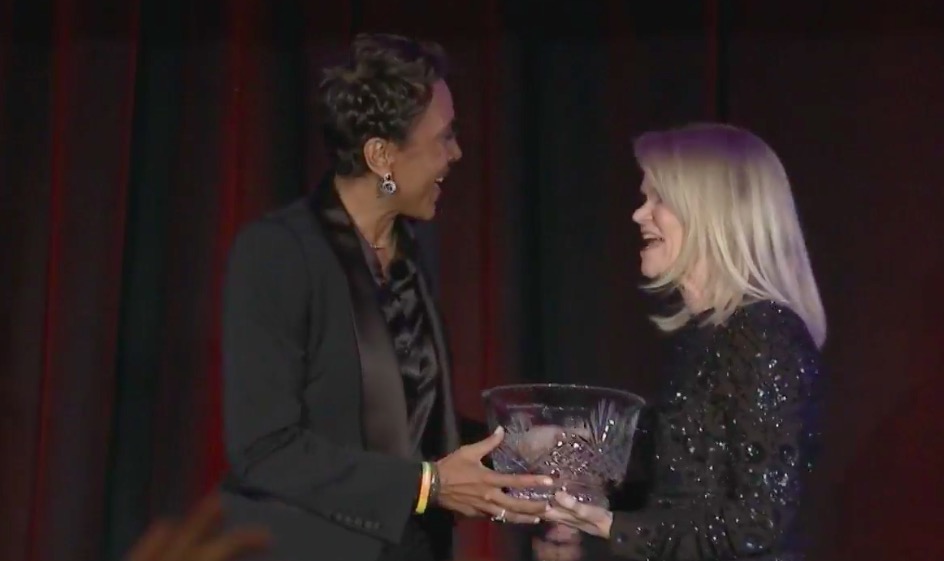