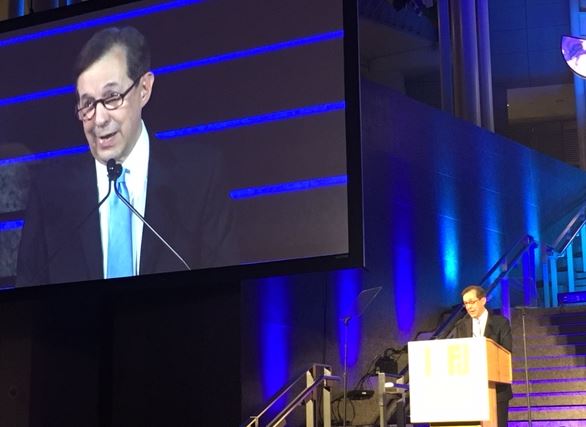 While NBC Newsers and politicos packed the Newseum last night celebrating the 70th anniversary of Meet the Press, one of the show’s former moderators, Chris Wallace, was a few blocks away at the Ronald Reagan Building receiving the ICFJ Founders Award for Excellence in Journalism.

The Fox News Sunday host was honored for his decades of political journalism and for what the ICFJ called “his unbiased, piercing approach to interviews.”

“A night like this documents the challenges journalists face reporting the news in this country and around the world,” Wallace told TVNewser after the event. “And it reminds you why you got into this business.”

Wallace has been host of Fox News Sunday since 2003. Before that, he spent 14 years at ABC News. From 1982-1989 Wallace worked for NBC News, including as moderator of Meet the Press in 1987-1988, making him the only person to have moderated two network Sunday morning public affairs shows.

CNN’s Wolf Blitzer was the master of ceremonies at the event which was attended by 600 members of the media. NPR’s Soraya Sarhaddi Nelson was presented the Excellence in International Reporting award. 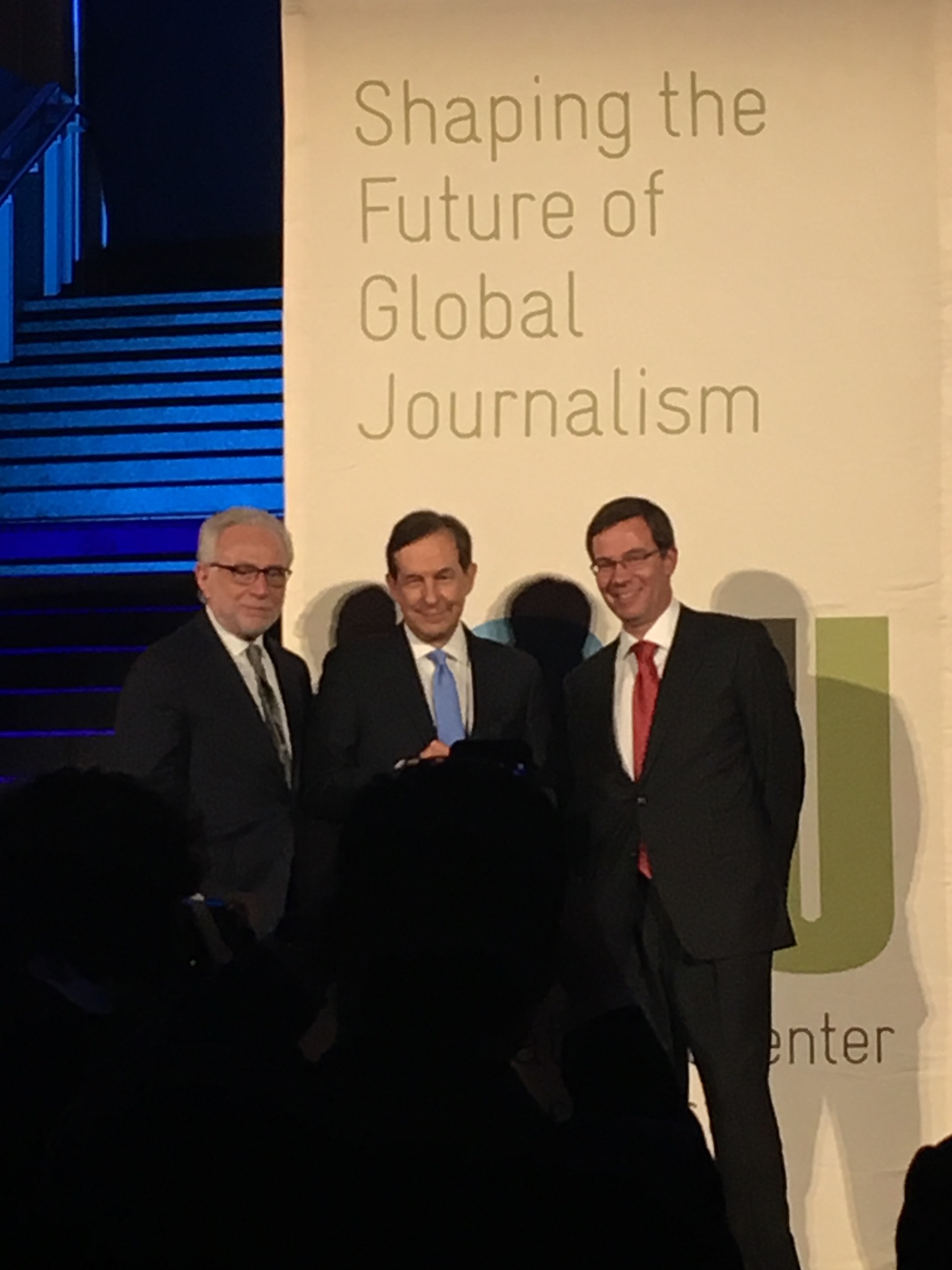