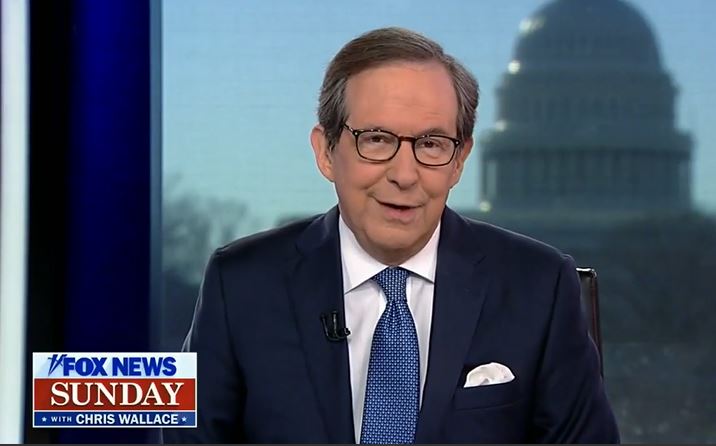 It turns out Brian Williams isn’t the only iconic newser departing cable news this week.

Chris Wallace, who has been Fox News Sunday moderator for 18 years, said today that he’ll be leaving the show, and the network. Today was his final broadcast, and program will be helmed by rotating news anchors until a permanent host is named.

Wallace said the following to viewers as he signed off for the last time:

“After 18 years, this is my final Fox News Sunday. It is the last time—and I say this with real sadness—we will meet like this. Eighteen years ago, the bosses here at Fox promised me they would never interfere with a guest I booked or a question I asked. And they kept that promise. I have been free to report to the best of my ability, to cover the stories I think are important, to hold our country’s leaders to account. It’s been a great ride. We’ve covered five presidential elections, interviewed every president since George H.W. Bush, travelled the world—sitting down with France’s Emanuel Macron and Russia’s Vladimir Putin. And I’ve gotten to spend Sunday mornings with you. It may sound corny, but I feel we’ve built a community here. There’s a lot you can do on Sundays. The fact you’ve chosen to spend this hour with us is something I cherish. But after 18 years, I have decided to leave Fox. I want to try something new, to go beyond politics to all the things I’m interested in. I’m ready for a new adventure. And I hope you’ll check it out. And so—for the last time, dear friends — that’s it for today. Have a great week. And I hope you’ll keep watching Fox News Sunday.”

“We are extremely proud of our journalism and the stellar team that Chris Wallace was a part of for 18 years. The legacy of Fox News Sunday will continue with our star journalists, many of whom will rotate in the position until a permanent host is named,” Fox News Media said in a statement.

In April, when TVNewser asked Wallace how much longer he could see himself on Fox News Sunday, he replied, “When I sat down and talked to Roger Ailes when I was 55 in 2003, I said, ‘You know, I can only give you 30 years.’ I’ve given Fox 17 and a half years, so I guess the math is 12 and a half years more. My father [the late 60 Minutes correspondent Mike Wallace] worked well into his 80s!”

During that same interview, Wallace talked about his three most memorable interviews from his time at Fox. In 2006, he asked Bill Clinton why he didn’t do more to put Osama Bin Laden and Al Qaeda out of business during his presidency. “Anybody who looks at the interview, you can see that he went off. [Former Virginia governor] Terry McAuliffe called it, which I guess was a was well known in the White House, ‘purple rage.’”

In 2018, Wallace confronted Vladmir Putin with recent indictments from special counsel Robert Mueller of two units in Russian military intelligence. “And from that moment on, I had his undivided attention and his ice blue eyes focused on my eyes for the rest of the interview.”

And finally, Wallace cited his July 2020 interview with Donald Trump, when he challenged the then-president on his handling of Covid-19. “I thought it was very interesting, because it was clear that his staff was giving him bad information to make his case.”

Here’s the sign-off from Wallace: