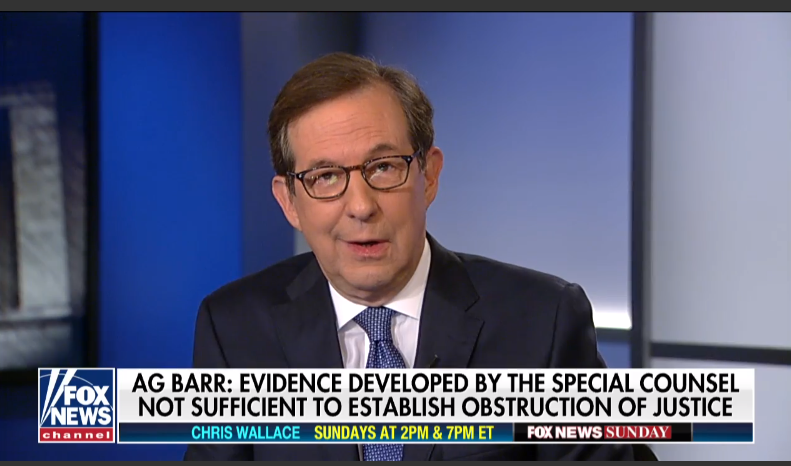 Attorney General Bill Barr announced this morning that according to his findings, the Special Counsel Mueller report -which consists of two volumes and 448 pages- found no evidence that the Trump campaign conspired or coordinated with the Russian government in 2016 election interference.

He did find that the Russian government attempted to interfere in the election, but it “did not cooperate with Trump campaign officials.”

The report concluded that there is no evidence of President Trump committing a crime, but that he did try to seize control of the Mueller probe.

President Trump, his personal attorneys and allies have been celebrating the news.

“I have to think Bill [Hemmer], just stepping back for a minute historically Attorney’s General are one of the most sensitive positions that a president appoints and frankly they put somebody they really trust in that position because oftentimes it’s somebody that is going to protect them from getting in trouble. You can go back to John Mitchell in the Nixon years. You can go to Eric Holder in the Obama years and obviously the president was very frustrated with the actions of his first Attorney General because of the fact that he felt that Jeff Sessions was not protecting him and was not functioning in that role and he ripped the bark off of him for over a year for his decision to recuse.

I suspect that the president was pretty pleased with the performance of Bill Barr today and particularly on the issue of obstruction because again on collusion it does appear and I will say that the Attorney General’s said it about a half dozen times. I’ve lost count after that, there was no collusion there was no cooperation there was no coordination. But there doesn’t seem to be any contradiction there when it came to the obstruction case. And as he pointed out there were at least 10 instances that the Special Counsel raised that could be considered potential obstruction.

Then Wallace pointed out something which has been talked about on many of the news networks, that Barr came across to be acting as the president’s personal attorney.

Wallace continued: “And really as I say making a case for the president. I suspect that Democrats heads on Capitol Hill were exploding and they’re going to come down very sharply about the way that that Bill Barr today laid this out because there’s no question. You know this is going to be, this is the first look, in a sense that everybody has gotten today at the Mueller report. This was as good a case as the president and the president’s lawyers could make that there is nothing to see here and let’s move on.”

Wallace provided his thoughts on the what at the time was the imminent release of the public version, saying that the case for obstruction will be up for debate going forward.

In speaking about the public release version of the report -which would later be released by the DOJ at 11:07 a.m. ET-Bret Baier referred to this as “the worst cover up of all time,” and seemed to trust Barr’s process.