NEXT:Cable and Network Correspondents in Ukraine on the Most Challenging Parts of Their Coverage
PREVIOUS:Here's How News Outlets Will Cover President Biden's State of the Union Address 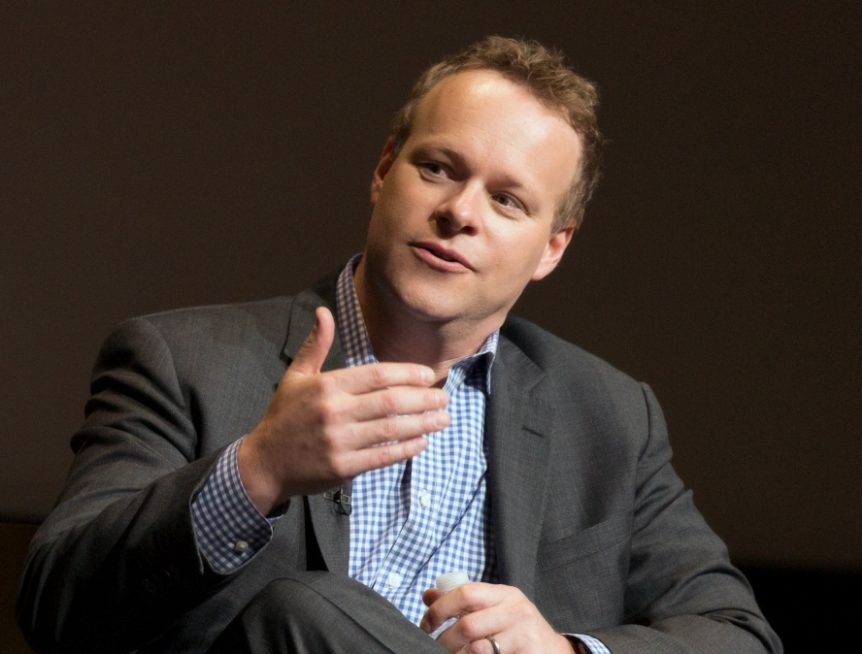 Discovery, Inc. made it official Monday morning: Chris Licht has been named the new chairman and CEO of CNN Global. The appointment will be effective following the completion of WarnerMedia’s merger with Discovery, expected in the early second quarter.

“I have known and admired Chris for more than 15 years and strongly believe he is the best person to lead CNN Global as part of Warner Bros. Discovery,” Discovery CEO and incoming CEO of Warner Bros. Discovery David Zaslav said in a statement. “Chris is a dynamic and creative producer, an engaging and thoughtful journalist and a true news person. He has more than two decades of broadcast experience across local, cable and national news. He has been in the field, in the control room and on the set. He is a highly principled individual who is trusted, hard-working and makes every organization stronger, more innovative, and more cohesive.”

Licht added: “I’m honored to have this opportunity, especially at such an important time for our country and the world. CNN has a rich and storied legacy and I both promise to uphold it and build upon it. I am eternally grateful to Stephen Colbert and the peerless Late Show team for an unforgettable run. I am looking forward to returning to my journalism roots.”

Discovery added that it expects Licht to start at CNN in early May, after Discovery’s acquisition of CNN is complete. He will report directly to Zaslav.

Licht currently serves as evp of special programming at CBS and executive producer and showrunner for The Late Show with Stephen Colbert.

Before joining The Late Show, Licht established a successful, two-decade-long career in news. He joined CBS in 2011, and served as CBS News’ vp of programming. He led a re-imagined CBS This Morning from its launch at the start of 2012 until 2016, when he transitioned to executive producing CBS’ The Late Show.

Stephen Colbert replaced David Letterman as host of The Late Show in the fall of 2015. The Colbert-led program got off to a slow start in the Nielsen ratings and CBS higher-ups wanted a change in focus and leadership. Enter Licht, the man at the helm of CBS’ morning news franchise when it delivered significant ratings growth. Licht left mornings in 2016, but immediately brought a focus on the news cycle and current events to late night. While not a journalist by trade, Colbert has become quite strong in interviews with high-profile newsmakers. Licht has guided Colbert in that regard. Licht also added live shows after major news events like election nights and State of the Union addresses. Needless to say, he has played a key role in making Colbert’s The Late Show the most-watched show in late night television, a winning streak that continues to-date.

Prior to joining CBS, Licht spent six years at MSNBC. In 2007, he became co-creator and executive producer of MSNBC’s Morning Joe. He joined MSNBC two years earlier as Joe Scarborough‘s producer on Scarborough Country after a number of years as a local news producer at various California-based stations.

Licht has a unique connection to CNN. His wife, Jenny Blanco, spent a decade at the network, first as a producer on Anderson Cooper 360 and later as director of talent recruitment and development.

Below, Licht’s note to CNN staff: 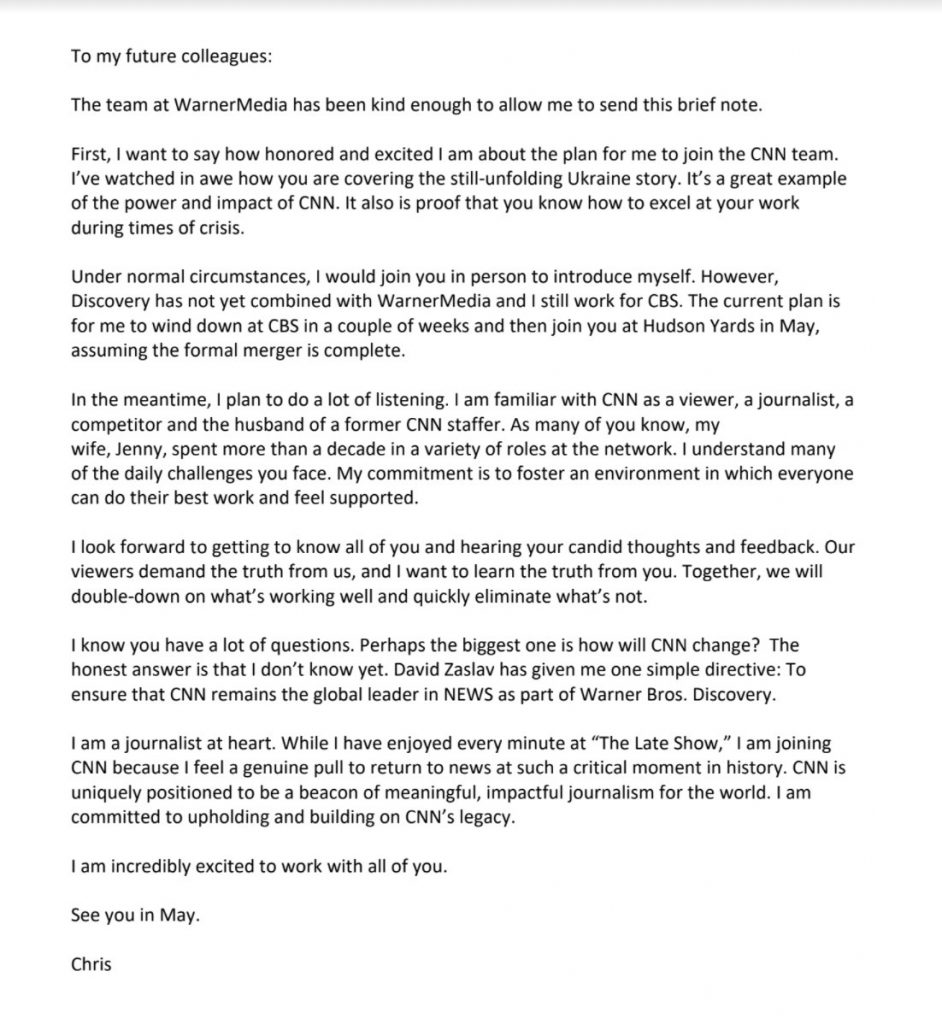