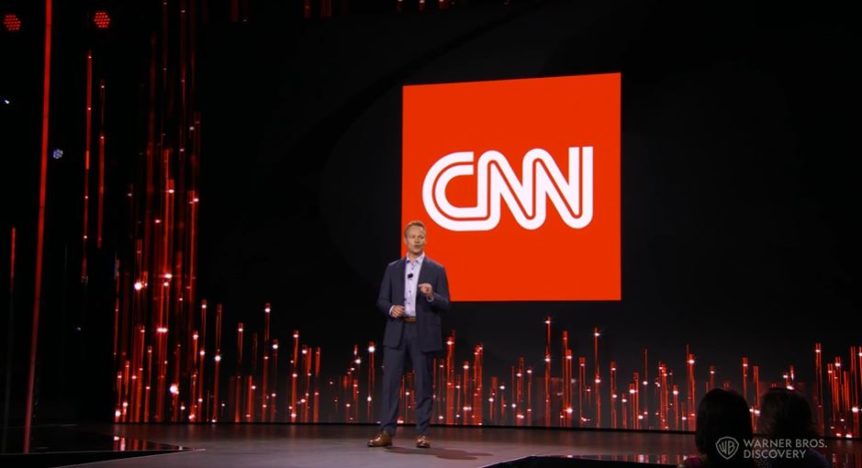 “Hundreds” of CNN staffers were laid off on Thursday as part of wider cost-cutting measures at CNN parent company Warner Bros. Discovery.

CNN chairman and CEO Chris Licht sent a memo to all staffers Thursday afternoon after the news was delivered to employees, with two of the most recognizable on-air departures being veteran HLN morning anchor Robin Meade and CNN political journalist/Editor-at-large Chris Cillizza. The latter confirmed his exit not long ago via Twitter.

Of Meade, Licht wrote: “I want to take a moment to thank Robin Meade— she is not only an exceptionally popular anchor, but also one of the longest-running morning hosts in history. I know the HLN audience will miss her and the other HLN talent.”

Other changes Licht mentions include HLN slashing live programming, CNN International reorganizing some of its teams and bureaus, and the end of the CNNI’s 5-5:30 p.m. ET show, which will be replaced by a simulcast of The Lead with Jake Tapper for that half hour.

CNN en Español will also see changes. The linear channel, according to Licht, “will seek to expand its audience by diversifying the network’s programming beyond news. We will continue to produce news for CNNE, and throughout next year, we will look to develop a far more robust digital platform for CNNE with the aim of launching it in 2024.”

The CNN boss added that he will hold a town hall next week to answer any questions.

Here’s the memo to staff, obtained by TVNewser:

To my CNN colleagues,

As promised in my note yesterday, I am following up with an overview of the changes we have made across the company. Our goal throughout the strategic review process has been to better align our people, processes and resources with our future priorities, strengthen our ability to deliver on CNN’s core journalistic mission and enable us to innovate in the years ahead. At the highest level, the goal is to direct our resources to best serve and grow audiences for our core news programming and products.

To achieve these goals, we will be reducing open job positions, reimagining our workflows and aligning our staffing, investments and focus around three key strategic priorities: programming, newsgathering and digital. All decisions are designed to strengthen the core of our business.

While it is not possible to capture every impacted role in an email like this, I want to walk through the broader changes we are making:

Beginning December 6, CNN will no longer produce live programming for HLN and instead will simulcast CNN This Morning. HLN Crime programming will move under the WBD Networks led by Kathleen Finch and will be merged with ID. I want to take a moment to thank Robin Meade— she is not only an exceptionally popular anchor, but also one of the longest-running morning hosts in history. I know the HLN audience will miss her and the other HLN talent.

CNN International is reorganizing some of its teams and bureaus, and effective immediately, the 5:00-5:30pm ET show will be replaced by a simulcast of CNN US for that half hour.

CNNE’s linear network will seek to expand its audience by diversifying the network’s programming beyond news. We will continue to produce news for CNNE, and throughout next year, we will look to develop a far more robust digital platform for CNNE with the aim of launching it in 2024. We believe that investment will better serve and significantly grow our Spanish-language news audience, and we will have more to share on that in 2023.

We are restructuring across some of our beats, realigning resources to staff up in some units and in more areas around the country. This will help us deliver on our goal of covering the United States more broadly. Many of the staff reductions in Newsgathering will be offset by the addition of new roles to best serve our audience across platforms.

We are also shifting our approach to paid contributors. In some areas, we will rely more on our CNN journalists. Overall, we will engage contributors who are subject-matter experts that expand and diversify the viewpoints we bring our audience.

Our programming teams will see some reductions in show staffs and, in some cases, the combination of teams for our dayside and weekend lineups.

The Creative Marketing team will see an overall reduction in size, realigning around in-house production and consolidating creative and strategy roles in New York. Roles will be added to both support that work and expand our digital and growth marketing efforts.

Research is reorganizing to focus resources on CNN’s core businesses and to optimize our recently integrated Digital Analytics and Data Science teams.

The Operations teams are restructuring to align with the changes to other units across the organization.

CNN Digital conducted an exercise earlier this fall to ensure they were best structured for the future. They made changes then and, as a result, there are no further impacts in this process.

The changes we are making today are necessary and will make us stronger and better positioned to place big bets going forward without fear of failure.

To our departing colleagues, I want to express my gratitude for your dedicated and tireless service and for your many contributions to CNN. To all employees, I want to underscore the importance of taking the time you need to best be able to move forward. You can find resources to support you now here. I will be holding a town hall on Tuesday to answer your questions, which can be submitted anonymously here.

I am proud of this CNN team, and together we will ensure CNN continues to be the world’s most vital source of news and information.