NEXT:30 Most Impactful TV Newsers of the Past 15 Years: Neil Cavuto
PREVIOUS:Scoreboard: Tuesday, Jan. 15 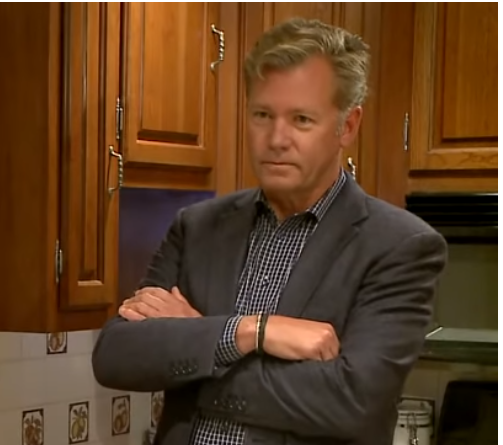 The former Dateline NBC correspondent and To Catch a Predator host who left NBC News in 2013 has been accused of bouncing checks and then failing to pay $13,000 worth of marketing materials he received from a local vendor in Connecticut.

The Stamford, Conn., Advocate reports that Hansen was charged Monday with issuing a bad check, and then he was released after signing a written promise to appear in court.

According to an arrest affidavit obtained by the Advocate, Hansen asked Peter Psichopaidas, owner of Promotional Sales Limited of Summer Street, for 355 ceramic mugs, 288 T-shirts and 650 vinyl decals. Hansen planned to use them at marketing events, the affidavit said.

The total amount due was $12,998.05, and Psichopaidas said Hansen agreed to pay the entire bill before delivery, police said.

Three months after receiving invoices for the items in September 2017, an employee of Hansen’s sent a Hansen News, LLC check for the entire amount.

Police said that check bounced and Psichopaidas spoke to Hansen, who apologized and tried to make a partial payment. Psichopaidas filed a complaint with police last April when he was still not paid.

An investigator then called Hansen, who agreed to make a statement at the Stamford police station, but never showed up, the affidavit said.

Hansen then promised his wife would drop off a check, but she never showed up, the affidavit said.

Coughlin warned Hansen that he had been given ample time to pay the invoice, and if he failed to do so, he would be arrested for larceny.

“I told Chris that I understood that he may have trouble, but that nearly $13,000 is a lot of money to a ‘mom-and-pop’ business and it is not fair that he accepted the material but hasn’t paid for it,” the affidavit said.

On April 27, 2018, Psichopaidas said he received a check from Hansen for $13,200, which bounced three days later, the affidavit said.

“Peter … I truly thought I had this covered,” Hansen wrote in an email to Psichopaidas, according to the affidavit. “I am scrambling to get it done. Please give me till the end of the day. I sold a boat to cover the rest of this and need to pick up the payment this afternoon.”

But another check never came and an arrest warrant was issued for Hansen, who turned himself over to police on Monday and was released without bond.

As mentioned, Hansen spent 20 years at NBC News, before going on to host the syndicated true crime show Crime Watch Daily with Chris Hansen, from August 2016 – June 2018. The show became home to Hansen’s Kickstarter-funded Hansen v. Predator investigations, a reboot of the hidden camera To Catch a Predator franchise that ended in 2008.