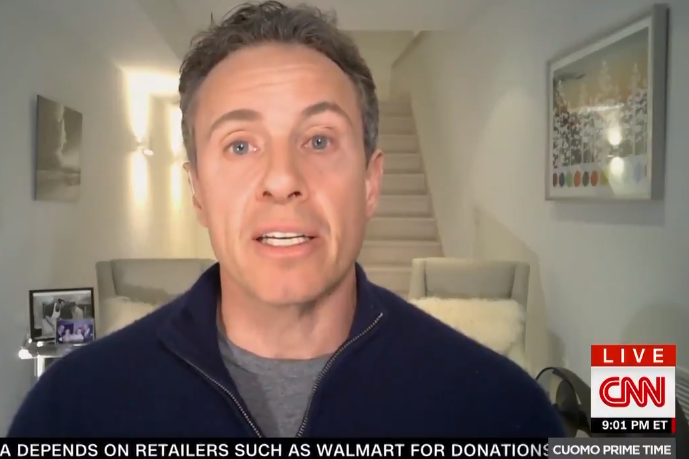 CNN’s Chris Cuomo had an eventful second quarter of 2020. On March 31, the second day of Q2, Cuomo announced that he had contracted the coronavirus, but he continued to broadcast his 9 p.m. CNN show Cuomo Prime Time from the basement of his Long Island home.

Cuomo’s coronavirus broadcasts became must-see television in early April. America was in the midst of this pandemic, and Cuomo put a high-profile face to this mysterious virus. The host became the news, something journalists publicly say they hope to steer clear of, but not in this case. Cuomo felt as though continuing to work through the coronavirus might give hope to others going through the same struggle, even though some of his CNN colleagues thought perhaps he should take it down a notch (namely Dr. Sanjay Gupta). Nevertheless, the broadcasts he hosted while sick delivered some of CNN’s largest audiences ever.

And then, there were his interviews with New York Gov. Andrew Cuomo. The brotherly duo became known for their oft-informative one-on-ones (that many also considered a little too familiar) concerning the Covid-19 pandemic and its impact on New York State.

Cuomo Prime Time delivered CNN its largest 9 p.m. audience for a quarter in the network’s 40-year history. Not only that, but it defeated The Rachel Maddow Show in the advertiser-friendly A25-54 demographic for the third consecutive month. Cuomo Prime Time will finish No. 2 in cable news’ signature 9 p.m. hour in the demo, ahead of Maddow but still trailing Fox News’ Sean Hannity.

While Cuomo may have defeated Rachel Maddow in the demo, the CNN host remained in third place, trailing her and Hannity when it came to Total Viewers in April 2020, May 2020, June 2020 and consequently in Q2 2020.