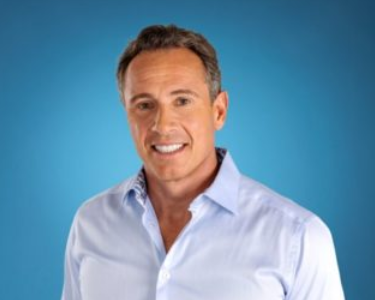 Chris Cuomo recently engaged  in a lengthy and frank chat with New York Magazine’s Kara Swisher on her podcast. As expected, they discussed the events leading up to and after Cuomo’s exit from CNN, his current relationship with his brother, former New York Gov. Andrew Cuomo, and his upcoming NewsNation show, which debuts Oct. 3 in the channel’s 8 p.m. hour.

Swisher is tough but fair in her questioning of Cuomo, who has become a polarizing figure over the past couple years.

Among the many questions Swisher asked Cuomo is why did he decided to have his brother, former New York Gov. Andrew Cuomo on during the early days of Covid pandemic, and whether he felt that was a good idea, journalistically.

Swisher: I want to go back to 2020, where I think a lot of this started, which was right in the middle of COVID you had your brother on the show talking about it. And it was — let me just say, I kind of like the stunt for its obvious entertainment and I also hated myself for liking it because I thought it was problematic. I’m not going to say unethical, I think it was problematic and uncomfortable. It was fine when it was fun and games or talking about informational stuff, but when you got to the governor — real news stories like around the nursing-home deaths — it became problematic, and you did go to that. Let’s talk about why you decided to do that and how you feel about it right now. And I know there’s hindsight’s 2020 kind of thing.

Cuomo: Well, look, the hindsight 2020 for me is that if I had known that a grudge would be harbored, because if we’re giving a fair reckoning, not many people spoke up loudly in the media about disapproving of my brother being on during that time. They did so later. And I think in that is something that needs to be owned as well. The reason that they didn’t come out in the moment was because it was very popular and powerful. And I think if you want to speak truth to power and you want to be about somebody who’s about something bigger and ethical and capital-J journalism, then say it when it’s not popular to say it and not easy to say it, but let’s put that to the side. Why did I do it—

Swisher: May I interject for a second?

Cuomo: I didn’t feel it.

Swisher: You didn’t feel it. You thought it was fine?

Cuomo: No. If I knew that it was going to be harbored as a grudge the way it was I may have had much more profound concerns early on when I was asked to have my brother on. Very important phrase.

Swisher: Sure. I got that. I understand that. And I think they were—

Cuomo: When [former CNN president] Jeff [Zucker] decided to have Andrew on, I believe it was the right call because the country was desperate and starved for comfort. I have never met a regular person, meaning someone who does not get paid to be my competition, who has said, “I got to tell you I really thought that those were news interviews and that you were not doing your job the way you do it with everybody else. I don’t want to disrespect you, but I think you may have been partial to Andrew Cuomo in those interviews.” I’ve never had a regular person say that.

What they’ve said is: “I really appreciated the connection between brothers who were in different aspects of the same dynamic and how you were there for each other.” And that’s what they took from it. And I’ll tell you what Kara, I’m not a big fan of myself but I’ve won a lot of awards in journalism, just about all the ones that they offer on a major level for television journalism. I’ve never been thanked for any work that I’ve done the way I was for those interviews.

Did I think that they should be considered a conflict of interest? Ab initio, inherently all day long. But there was complete transparency. You knew it was my brother—

Cuomo is asked about the revelations that the host had provided advice and help to his brother in addressing the sexual harassment allegations being levied against the then-governor. Swisher says if she were in Cuomo’s shoes, she wouldn’t have helped her brother, calling it “a conflict of interest.” Cuomo seems to disagree with Swisher’s stance, however he does explain that he may have done things differently if he knew the extent of which it hurt his CNN colleagues’ ability to do their jobs.

Cuomo: Yeah. I was advising him. I was helping him in ways that I thought were reasonable.

Swisher: Okay. You didn’t disclose ahead though. You did disclose in an apology, which you did do.

Cuomo: I apologized. I’ll tell you why, Kara. Because I was told by my bosses that people at work felt that I had compromised their ability to do their job.

Cuomo: I did not know that. I did not feel that. But being told that, I absolutely never intended that. And if I had known going into it that me disclosing to my audience that I’m not going to cover my brother and he is my brother so I want to help him to the extent that I can, would’ve compromised CNN, I may have made different decisions. But I had no reason to believe that. And that’s why I apologized because the idea of compromising anybody else wasn’t my intention. And I’m very sorry if that were the case.

Cuomo is also asked about the claim that he “pushed to disclose the romantic relationship he [Zucker] had with Allison Gollust.” Cuomo denied it.

Swisher: But you know people think you did that, correct?

Cuomo: Kara, people think a lot of things and very often it’s for bad reason or self-serving reason or to hurt somebody else

Swisher: Did you think-

Cuomo: I’ll tell you what.

Cuomo: Have you ever heard anybody offer any proof of the things that I did beyond the text messages that the attorney general had, who did not conclude what many in the media did about my involvement? Have you?

Swisher: Did you think it was fair what happened to him and Allison Gollust?

Cuomo: I am not happy about it. I didn’t, you know what I mean? It gave me no joy. I think he’s one of the best makers of television. I think he’s got one of the best heads for news I’ve ever been around. He gave me tremendous opportunities. Allison was always on point and good to me until this. Again, very regrettable, but I’m not the guy to play petty, gotcha shots and go after people. I spare others’ judgment and I put it on myself.

Swisher: So you skew toward loyalty in that regard. Speaking of that, you do have a lot of friends at CNN. You have not talked to them, correct? Don Lemon or Jake Tapper or Zucker himself?

Cuomo: Well, no. I mean, look, after Jeff fired me, I mean, there wasn’t a lot for us to talk about.

Cuomo is asked for his thoughts on changes at CNN, now led by Chris Licht:

Cuomo: I have to see how it develops. They got great horses there. They have great resources. They cover news, which is something we all need to get back to. I mean, the embarrassment of how we’ve ignored Ukraine, Jackson, Mississippi. That’s what I’m going to do on my show. What are they going to do? I don’t know, we’ll see. I wish them well. I hope they’re success all over the place.

Swisher: Do you have any thoughts about the changes there? Are you still in touch with—

Cuomo: Not yet, I got to see what they are. But I don’t like the idea that they’re saying they’re going to be more middle ground. Look, I know that their new ownership had some reservations or concerns and there is some controversy surrounding that. I think a lot of people in the media like to see CNN go down because it was so powerful and they tried to make that happen because I believe that that’s what our business is often about is tearing things down as a negativity as a proxy for insight, but I don’t believe in middle ground. I believe that there’s left and right and then there’s reasonable and usually the three are very distinguishable from one another. Again, it’s boring to people, it’s tedious.

On his arrival at NewsNation:

Swisher: Now explain what NewsNation is. For those who don’t know, it’s backed by TV station giant Nexstar and presided over by Sean Compton. He’s very famous for making Sean Hannity’s career early on in radio.

Cuomo: All the things he’s done and you pick making Sean Hannity first.

Swisher: No, he did that. That’s what he’s famous for. It’s not a picked it, he did.

Cuomo: I don’t know that’s what he’s famous for. I think that the way he’s built Nexstar. By the way, I think his boss, Perry Sook, would like some notice also. But I think how they’ve built that company is very impressive. Very impressive. I’m joining them because I like what they are about. I did not see growth in going back to places I had been before.

Cuomo told Swisher that he had offers from other media companies, adding:

And as time has gone past, there has been more interest. Which is nice and expected because that’s the way our media culture works. What did that mean for me? Would I want to work at outlets that I now had different feelings about? Could I grow? How would it be perceived? So I wanted to try to build something and I think times have changed. And I think that Perry and Sean respect that at NewsNation and respect reach and respect the good fight.

The idea of they’re an unbiased news station. Everybody says they’re unbiased. You’re going to have to judge show by show and over time and see what they do. What I pitched them was I am not going to engage in the game. I’m not going to have people on and fan the flames of the current food fight. I’ll have anybody, but we have to have a constructive conversation. I don’t want to hear your explanation for why you are good is because I’m bad. I think we have to move past that because most people have moved past it.