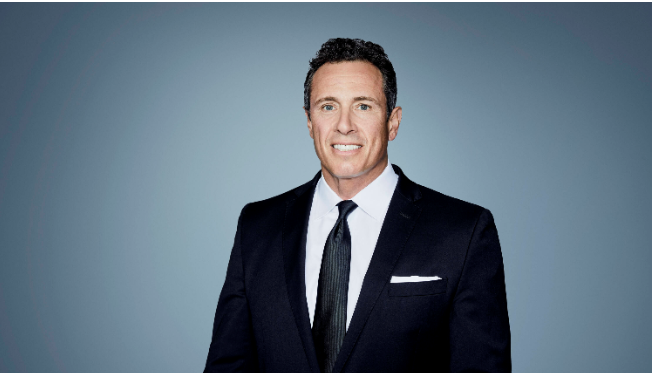 During the Thursday broadcast of Cuomo Primetime, Chris Cuomo addressed the Washington Post story published earlier in the day detailing how he participated in a number of strategy calls on how his brother, New York Gov. Andrew Cuomo should respond to the allegations of sexual harassment made against him by several women.

Chris Cuomo’s on-air remarks in response to the news include an apology to his CNN colleagues.

“I am family first—job second,” he said. “But being a journalist and a brother to a politician is unique, and a unique challenge, and I have a unique responsibility to balance those roles. It’s not always easy…how I helped my brother also matters. When my brother’s situation became turbulent being looped into calls with other friends of his and advisors that did include some of his staff, I understand why that was a problem for CNN. It will not happen again. It was a mistake, because I put my colleagues here, who I believe are the best in the business, in a bad spot. I never intended for that, I would never intend for that, and I am sorry for that.”

CNN’s @ChrisCuomo apologizes: “I put my colleagues here, who I believe are the best in the business, in a bad spot. I never intended for that, I would never intent for that, and I’m sorry for that.” pic.twitter.com/IeLtmcUT8g

“Cuomo, one of the network’s top stars, joined a series of conference calls that included the Democratic governor’s top aide, his communications team, lawyers and a number of outside advisers, according to the people familiar with the conversations, who spoke on the condition of anonymity to describe the private sessions. The behind-the scenes strategy … cuts against the widely accepted norm in journalism that those reporting the news should not be involved in politics.”

According to the Post, the CNN anchor urged the governor to take a defiant stand and not resign.

CNN acknowledged the story, and a network spokesperson told TVNewser Thursday afternoon: “Chris has not been involved in CNN’s extensive coverage of the allegations against Governor Cuomo—on air or behind the scenes. In part because, as he has said on his show, he could never be objective. But also because he often serves as a sounding board for his brother. However, it was inappropriate to engage in conversations that included members of the Governor’s staff, which Chris acknowledges. He will not participate in such conversations going forward.”

It appears Cuomo will not face any punishment by CNN for these actions.

Back in March, the CNN anchor said on his show that he “obviously” couldn’t report on the sexual harassment allegations against his brother, though he added that CNN “of course has to cover it. They have covered it extensively, and they will continue to do so.”

Since Chris Cuomo joined the network in 2013, he had not been allowed to interview the governor.

However, Governor Cuomo appeared on Cuomo Prime Time several times in March, April 2020, and again one year ago today. All came when New York was the epicenter of the pandemic.

Governor Cuomo’s final appearance on Cuomo Prime Time took place in June 2020, and Chris Cuomo sparked controversy for saying that “he isn’t objective” when it comes to his brother (the line CNN references in its statement to TVNewser), and proceeded to call him “the best politician in the country” when it came to the handling of the pandemic.

The network has since reinstated the interview ban.