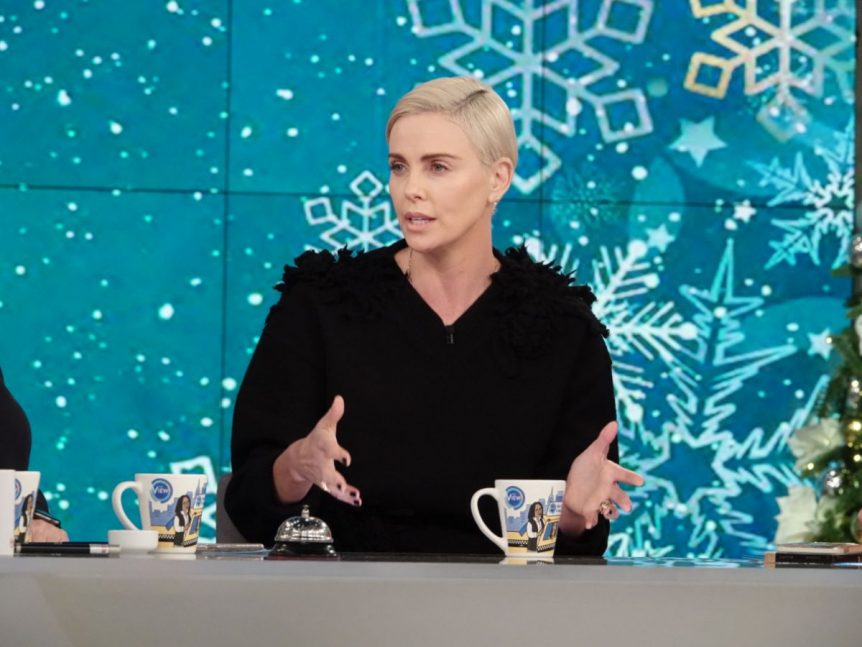 Actress Charlize Theron appeared on The View today to discuss her role as Megyn Kelly in the new film Bombshell, which tells the story of the women who helped take down Fox News founder and chief executive Roger Ailes in 2016.

Theron told the hosts, 2 of whom are former Fox Newsers themselves (Meghan McCain and Abby Huntsman), why she had reservations taking on the role of the former Fox News anchor: “Initially, I just didn’t know if I was the right person.”

Kelly (the “real” Kelly) has seen the film, calling the experience an “emotional” one: “While the movie Bombshell is loosely based on my experience during the sexual harassment scandal at Fox News, I have nothing to do with this film. I did not sell the rights to my story or book and only got my first look at the film once it was past the point of any possible edits, though there are certainly some I would have made.”

“I think it’s great. I think it’s honest. I cannot imagine what it feels like to watch oneself on a screen played by some actress,” said Theron. “I’m very empathetic in that it must be a crazy experience. She’s incredibly smart and intelligent and probably looks at it and says, “yeah, I could change it and make this better…”

On the movie being the first major Hollywood movie to emerge in the #MeToo movement: “This extraordinary story that happened at Fox happened before all of these stories that we now know collectively and so just try to imagine Gretchen Carlson really went out completely on her own with absolutely no support and they took this guy down,” she says. “They got him to resign and give an apology… They happened where women were incredibly alone and incredibly scared to step forward.”

Then, the former Fox Newsers ask their questions and bring up their past experience at the network. Huntsman’s question isn’t totally clear, but Theron tries her best to answer it.