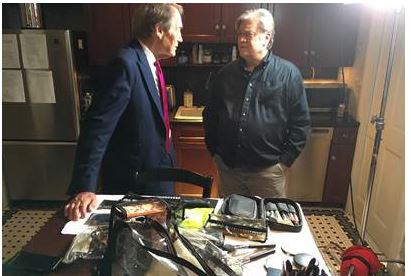 Charlie Rose is sitting down with former White House chief strategist Steve Bannon for an interview that will air during 60 Minutes this coming Sunday.

A longer version of the interview will air on his PBS show on Monday.

Rose has become the go-to journalist for newsmakers. Rose interviewed both Russian president Vladimir Putin and Syrian President Bashar al-Assad (for which he won a Peabody) in 2015.

Rose interviewed Businessweek’s Joshua Green on his PBS program a couple weeks ago. Green is the author of the New York Times bestseller Devil’s Bargain: Steve Bannon, Donald Trump and the Presidency, so Rose will be especially prepared for this particular interview.

Here’s how Green responded to the news:

Via Mike Allen, here comes the Steve Bannon publicity tour: https://t.co/5in5Fmimvf / Will be interesting to see how Trump reacts…