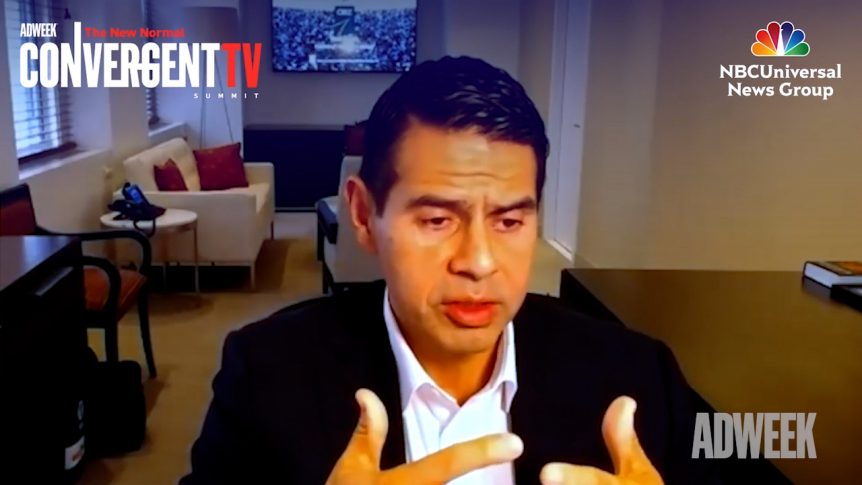 I spoke with NBCUniversal News Group chairman Cesar Conde live at Adweek’s Covergent TV Summit Tuesday about the present and future of the news group. In his 17 months as NBCU News Group chairman, Conde has centralized the operations of multiple, distinct TV news divisions, managed the build-out of several streaming news channels, launched NBCU Academy, a multiplatform journalism training program, as well as a DEI program launched last summer named The 50% Challenge, where 50% of the news organization staffers will be women and 50% of the total workforce will be people of color.

And he’s done it all while managing through a historic pandemic.

“What you can expect is there will be more omni-channel coverage than what you’ve seen before, and what that means is you’re going to see more live, original coverage than what we’ve seen in the past for any midterm election, obviously on our TV networks but also increasingly on our streaming networks and all of the other emerging platforms,” said Conde.

The NBCU News Group chief noted that the company has launched a number of initiatives recently, a tangible example being a new “county to county” initiative. “We’re going to dispatch correspondents into some of the swing counties around the country to make sure we are bringing very local insights and perspectives into some of the key races.”

Conde again brought up the centralization of the News Group, this time in the context of how talent will be utilized in new ways and across multiple platforms. Conde cited Steve Kornacki, someone NBCUniversal viewers are already used to seeing across News and Sports. “Steve is a great example of how we’ll be spreading some of that great journalism across the different assets.”