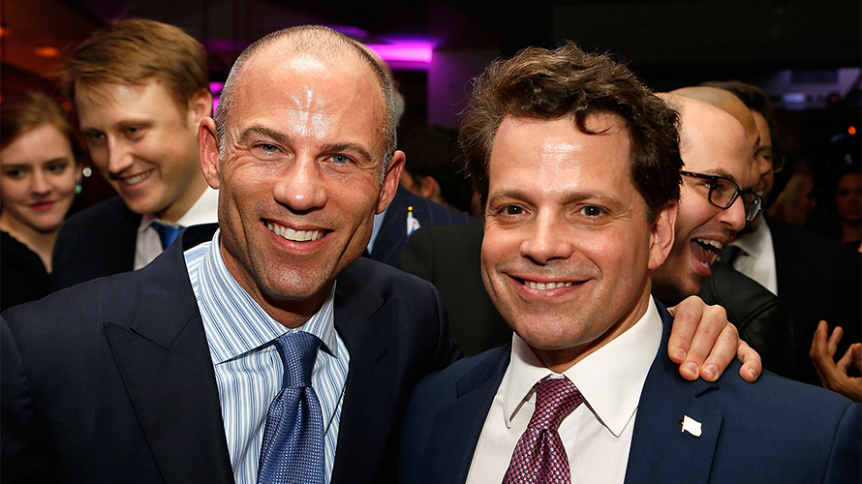 The U.S. attorney from the Central District of California Nick Hanna scheduled a press briefing today with the IRS to “announce the filing of a 36-count indictment naming Michael Avenatti.”

The indictments include tax dodging, perjury, and stealing from clients. There were allegedly five clients he stole millions from, one of whom was reportedly a mentally ill paraplegic on disability.

The LA-based attorney now finds himself in hot water on both coasts. In addition to this 36-count indictment in California, Avenatti was arrested in Manhattan at the law offices of Boies Schiller Flexner by FBI agents on March 25. According to the complaint filed in New York on the 25th by the FBI, Avenatti allegedly attempted to extort $22.5 million from Nike. Prosecutors called the move “an old-fashioned shakedown.”

Prosecutors in the Central District of California also went after Avenatti with wire- and bank-fraud charges last month.

Here’s how Avenatti has been responding to the news of the day:

Any claim that any monies due clients were mishandled is bogus nonsense. By way of example only (there are MANY more like this), here is a document Mr. Johnson signed less than a month ago attesting to my ethics and how his case was handled. I look forward to proving my innocence pic.twitter.com/tWL1aIuPy0

I have never agreed more with this than now. #InTheArena pic.twitter.com/KjRbYiRcNr

I intend to fully fight all charges and plead NOT GUILTY. I look forward to the entire truth being known as opposed to a one-sided version meant to sideline me.

For 20 years, I have represented Davids vs. Goliaths and relied on due process and our system of justice. Along the way, I have made many powerful enemies. I am entitled to a FULL presumption of innocence and am confident that justice will be done once ALL of the facts are known.

He is scheduled to appear in court on April 25 in New York.

Daniels would go on to drop Avenatti as her lawyer just last month after recent conflicts with him.

Avenatti (and Daniels) became national figures in recent years. He loved to talk to the press, and the duo got a 60 Minutes profile in March 2018. Avenatti frequently appeared on cable news programming last year during the height of the Stormy Daniels saga, and in May, he was reportedly pitched to co-host a version of a revival of CNN’s Crossfire with Anthony Scaramucci, which he turned down.

The most recent cable news appearance we were able to track down of his was Oct. 1, 2018 on Cuomo Prime Time.

Avenatti also considered a run for president in late 2018 through early 2019.