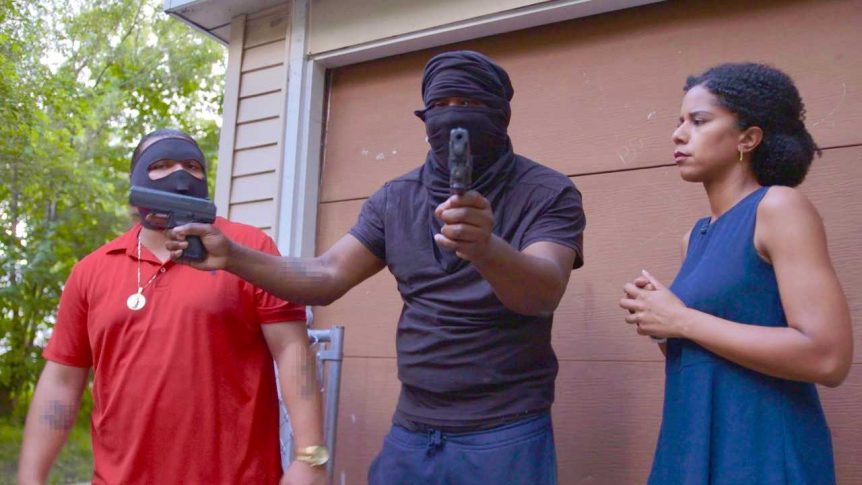 In one of her first assignments since returning to Chicago from a tour in Beijing, CBS News correspondent Adriana Diaz embedded with several Chicago gang members. In the second installment of CBSN: On Assignment, airing tonight at 10 p.m. ET/PT, Diaz talks to community leaders about why the gun violence epidemic continues and what can be done to slow it down.

We talked with Diaz for 5 Questions, about her reporting in Chicago, her time in Beijing, and about the time the pageant winner met Donald Trump.

TVNewser: How did you get access to these gang members and did you ever fear for your safety?

Diaz: We worked with respected members of the community to connect with the young men we interviewed. That was how we got our foot in the door, then came the hard part. Many of these guys are guarded and skeptical of outsiders. The main person we ended up focusing on actually rebuffed us on the first day. But we kept coming back. We interviewed him 3 times over our 7 days on the South Side. Each time he opened up more and more and by the last interview he was sharing deep feelings with us.

The way we shot this story also helped bring down walls. For our “CBSN: On Assignment” story there were no sit down interviews, no lights to set up, and less formality. Our cameras and sound came along as we met people for the first time and had initial conversations. We captured moments as they played out within the environment. On 4th of July night, we met locals who were celebrating the holiday with their kids in a playground. People joined the conversation ad hoc to tell us about their personal history with gun violence. This happened as children were running circles around us and fireworks were exploding above our heads. That scene made it into our story, and it’s one of my favorite parts.

As for whether I ever feared for my safety, I did not. We were with locals from those neighborhoods who we trusted and who the guys on the street respect. That being said, whenever you interview guys who are waving around their guns in a back alley, you’re going to feel a little uneasy.

TVNewser: After being embedded with them, what will it take for them to put down their guns?

The young men we met said they, more than anyone, wished they didn’t have to carry guns. But many told us they don’t feel safe unless they are armed. Long running disputes escalate into attacks that then lead to a cycle of retaliation. They told us even if you’re not directly involved in the dispute, if someone you’re associated with is, you have a target on your back. We asked Chicago’s police superintendent Eddie Johnson what it will take to stop the violence, and he told us that a change in culture is needed. He says it has to be more than a top down approach from law enforcement. Parents, schools, community members need to play a role to raise kids that don’t accept guns and gang violence as a normal part of life. 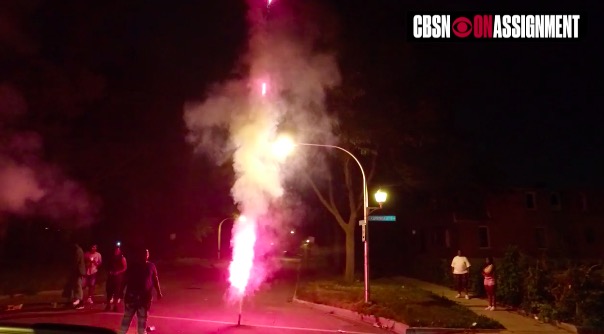 In Chicago, there’s no need to fax interview requests to propaganda departments. But I miss doing man-on-the-street interviews with Beijingers. You never know what you’re going to get.

I’ve been asked this before, and I honestly didn’t miss any American food while in China. But in this day and age you can get almost anything anywhere. I lived above a bakery that sold exquisite chocolate croissants. Overall, I adore Chinese food and even took weekly cooking lessons. One of my favorite things to do now in Chicago is go to the Chinatown supermarket to get ingredients for dishes I learned in Beijing. What I miss most about China is chatting up locals. The Chinese tend to be curious and engaging, and they loved my hair.

TVNewser: You competed in Miss USA 2006 when Donald Trump owned the pageant, did you have any interaction with him?

I recall President Trump and the First Lady briefly coming into our hair and make-up area backstage before the telecast to wish us luck. She had just had Barron.