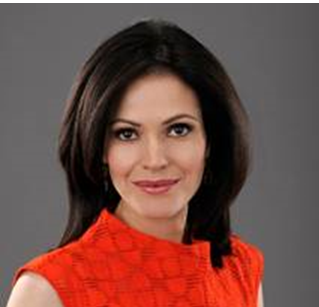 CBS News announced today that Tanya Rivero has been named a full-time anchor at CBSN, the company’s 24/7 ad-supported streaming news platform. Rivero steps into her new role on Monday.

Consistent CBSN viewers may already recognize Rivero, as the TV newser had been a freelance anchor and reporter for CBSN, covering a variety of national and international breaking news and feature stories.

Rivero anchored CBSN’s live coverage of the Mueller report this past spring and had one of the first national interviews with Rep. Alexandria Ocasio-Cortez before she was elected to Congress.

Before joining CBS News, she was the anchor of Lunch Break with Tanya Rivero on The Wall Street Journal’s digital channel, WSJ Live.

Prior to that, Rivero was an ABC Newser, anchoring the network’s overnight and early-morning programming including ABC News Now, America This Morning and World News Now.

Rivero began her career in journalism as a reporter and fill-in anchor for CBS’ flagship station, WCBS-TV (CBS 2) in New York.

Rivero also danced professionally with the New York City Ballet, before attending Yale for undergrad and later graduating from the Columbia Graduate School of Journalism.