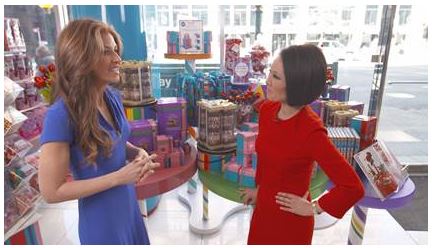 On tomorrow’s show, contributor Alina Cho profiles Dylan Lauren, founder of Dylan’s Candy Bar, which is launching a line of healthier candies. Lauren, the daughter of fashion designer Ralph Lauren, talks with Cho about her business, her childhood and the future, which could include a candy hotel.

“You are onto something,” Lauren tells Cho. “Like Disney, I hope to open a candy theme park, maybe a candy hotel – so trust me, you’re not far.”