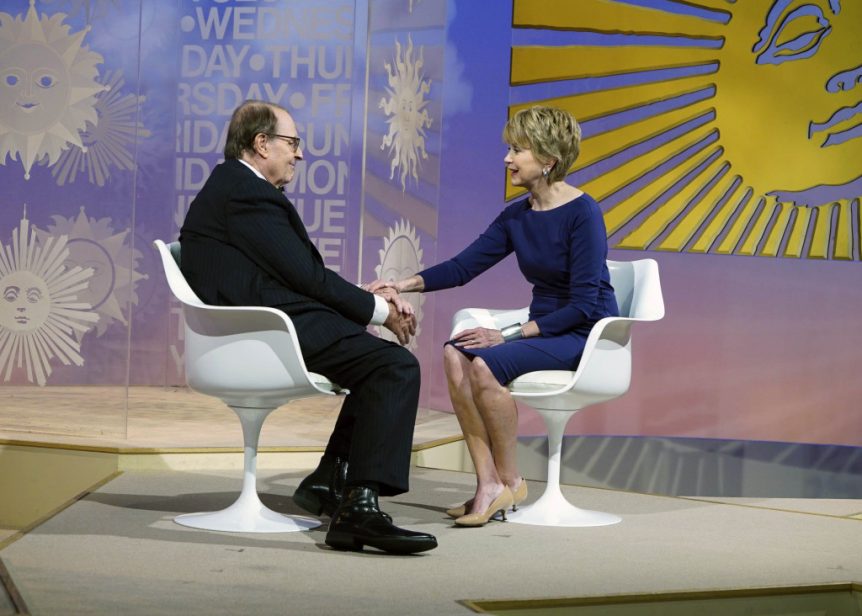 Anchored by Jane Pauley, the Sunday, Jan. 23 broadcast of Sunday Morning was its second-most-watched broadcast of the 2021-’22 broadcast TV season, averaging 5.7 million total viewers with 972,000 of them in the key A25-54 demographic. As usual, that’s a larger audience than NBC’s Sunday Today and ABC’s Good Morning America Weekend delivered.

Now, CBS News’ juggernaut is down year-over-year, but it still holds 50% of the combined three-network Sunday morning audience.

CBS Sunday Morning (9-10:30 a.m.) launched in 1979 and owns another remarkable distinction of having just three hosts over its entire lifespan. Charles Kurault was the original, hosting from 1979-1994. Then came Charles Osgood from 1994-2016. Formerly a host for NBC’s Today, Pauley took over for Osgood in Oct. 2016. She had served as a contributor on the program since 2014. “I am the first non-Charles to host Sunday Morning,” Pauley joked to CBS This Morning at the time, adding, ““I feel this is the opportunity of a lifetime. Each week it has such an eclectic mix of stories that are delivered with a distinctive voice that exists nowhere else on television. This is the best fit of any job I’ve ever had. I can’t wait for it to become my new routine,” she added.