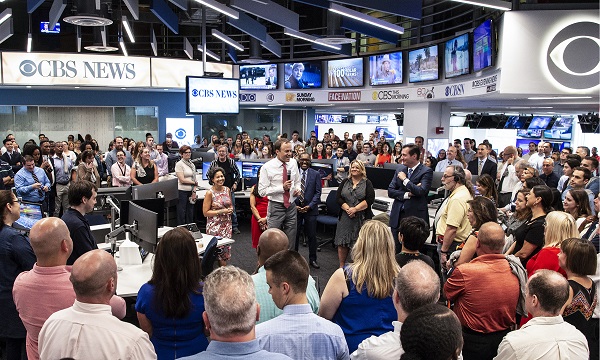 Today, CBS News opened its new newsroom, named the CBS News Hub, where every unit in the company is going to be represented.

CBS News president David Rhodes invited the staff to a brief meeting today where they got a chance to see for themselves the brand new facility (top right).

One of the things the team saw was there are now windows in the main newsroom, allowing natural light into the workplace, as shown above.

The crew has done a wonderful job over the years maintaining and refurbishing the map that sat behind Cronkite. It now hangs prominently in new newsroom. pic.twitter.com/VlQqomDAyg