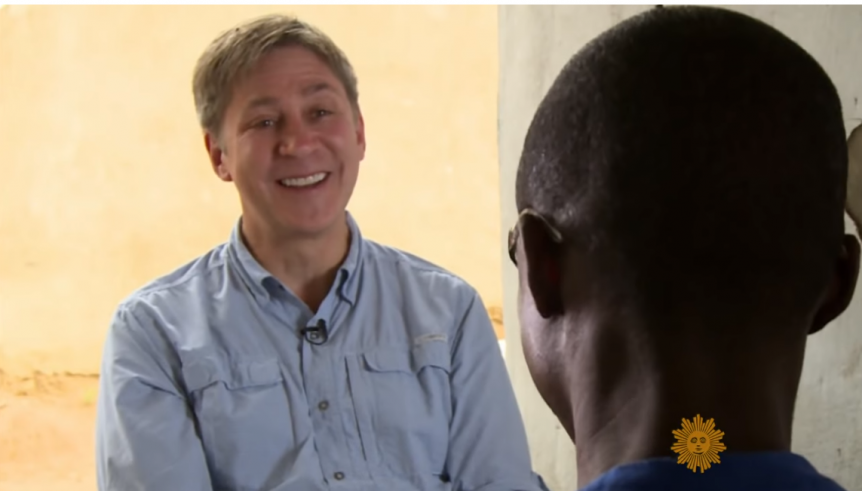 The Radio, Television & Digital News Association (RTDNA) announced today that CBS News –for whom Murrow worked his entire career– is taking home eight Murrow Awards this year, the most of any news network.

The Radio Division was recognized for Best Audio Newscast for the seventh straight time.  This year’s was for Hurricane Michael coverage, with Jeff Glor reporting from Panama City Beach, Fla., and Steve Kathan anchoring from New York.

Coverage of the Parkland school shooting earned the staff the Breaking News award for the third straight time for a report by ­­­­­­­­­­­­­­­­­­­­­­­correspondent Peter King, who was the first network radio reporter at the school covering the tragic story and the weeks to follow.

CBS News correspondent Steve Hartman won two Murrows this year, one for A Facebook Post that Sparked Hope, a feature on his On the Road series for the CBS Evening News and CBS Sunday Morning.  The end-piece about a would-be victim making friends with the Nigerian scam artist who targeted him won for best feature and best writing.

RTDNA’s Best Documentary Television award goes to 39 Days a co-production of 48 Hours and CBS This Morning. The hour followed the rise of a student activist movement born on the first day of the mass shooting at Marjory Stoneman Douglas High School to the March for our Lives in Washington.

The other two awards for television go to 60 Minutes. Scott Pelley’s report Mancini’s Brain, which looked at new evidence that PTSD can be caused by physical damage, won for Best Hard News report. Steve Kroft’s Flying Under the Radar, about Alegiant Air, the discount airline with a high inflight breakdown record, takes the Best Investigative Reporting award.

NBC News president Noah Oppenheim and MSNBC president Phil Griffin sent the following note out to staff this morning regarding the wins.

We are pleased to share that TODAY and On Assignment with Richard Engel have just been announced as winners of the distinguished Edward R. Murrow Awards, which honor stories that “exemplify the importance and impact of journalism as a service to the community.”

TODAY wins the Newscast category for its reporting on the shooting at the Tree of Life Synagogue last year. The broadcast features Savannah Guthrie on the ground in Pittsburgh, speaking to those directly affected by the horrific mass shooting.

Additionally, On Assignment wins the Continuing Coverage category for its series of investigative reports on Vladimir Putin and Russia. Earlier this year, Richard Engel and the team won the prestigious Scripps Howard Award for their outstanding reporting on this subject.

We look forward to celebrating these well-deserved honors at the Murrow Awards ceremony in New York on October 14.

Here are Goldston’s remarks to the newsroom:

ABC News will win the Edward R. Murrow award for overall excellence in television this year. This is their highest award, their greatest honor and thanks to all of you we’ve won it again. So, congratulations. This will actually be the fourth year, in six years, that we’ve won that. It’s an incredible achievement and it’s an award that speaks to team and to all of the amazing things that you do.

These are some of the things put up for us to win this and it goes right across the spectrum of what we do. For investigation into adequate medical care in detention centers, the untold plight of Rohingya refugees in Bangladesh, our feature documentary on Parkland was part of the submission. Our coverage of the border crisis went into this, our use of augmented reality on election night was part of this. The three primetime hours that we did on the rescue Thai soccer team, the two graduations we did in Parkland and in Camden, New Jersey and the episode of World News Tonight with David Muir’s  reporting on the Thousand Oaks fire and shooting. It’s an amazing tribute to all of your work and I couldn’t be more proud, couldn’t be happier with where we are and where we are going and we know we have an awful lot of work to do, but for this moment congratulations to all of you. 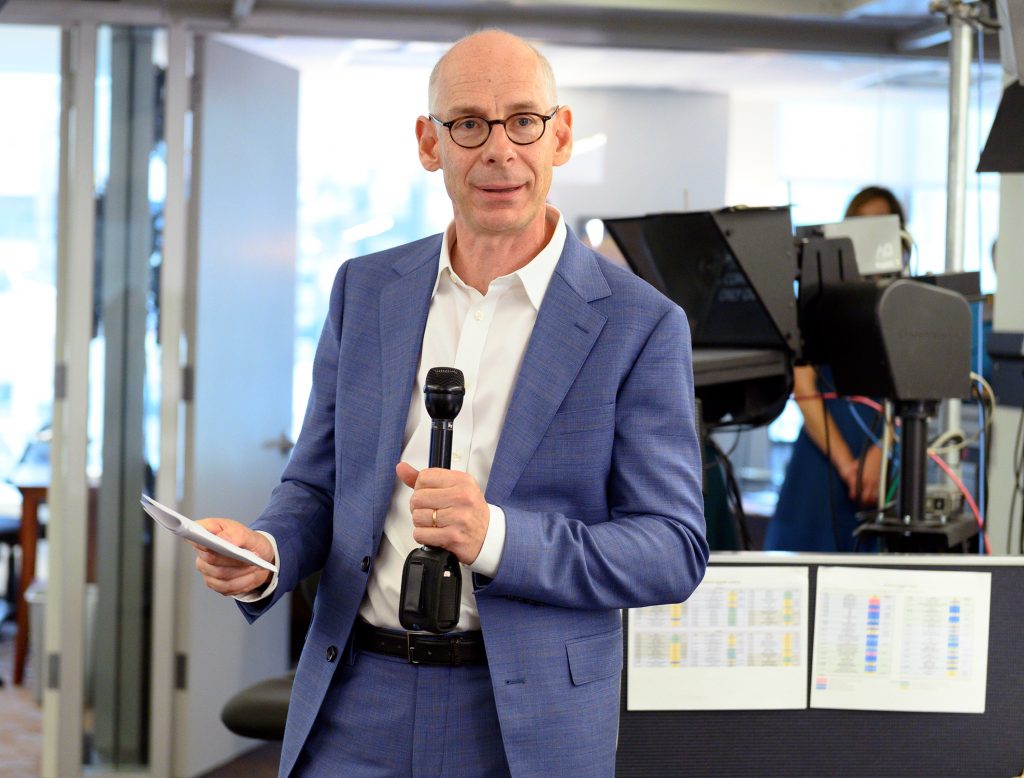 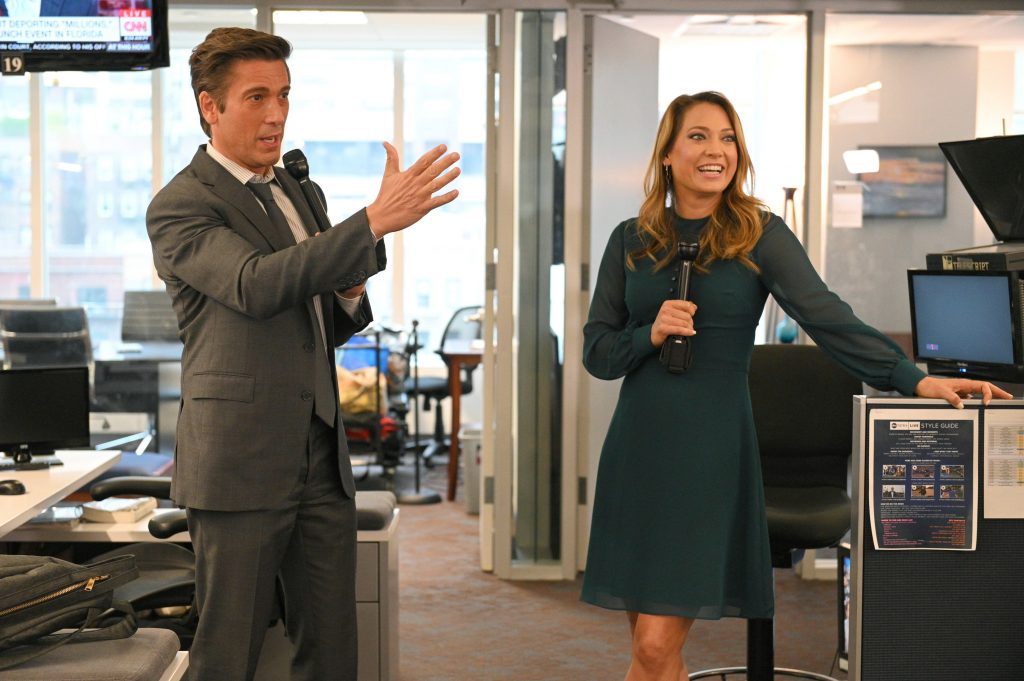 CNN’s chief international correspondent Clarissa Ward hosted the Shadow Over Europe investigation, which revealed a startling rise in anti-Semitism in Europe. Ward traveled to Poland, Germany and France – three of the countries featured in our exclusive poll – to see how the countries were tackling this rise of anti-Semitic incidents and stereotypes. 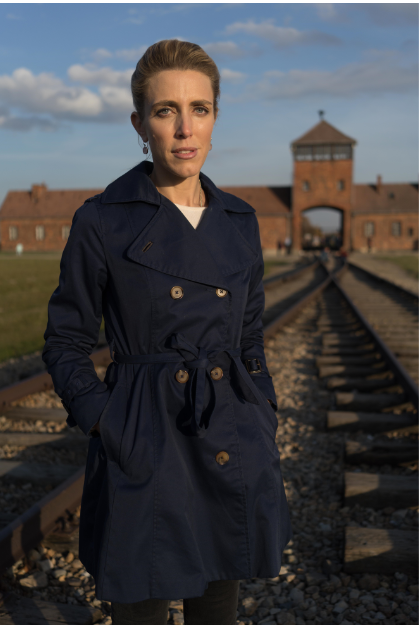 Univision Noticias has won three 2019 Edward R. Murrow awards for its immigration and crisis coverage in Nicaragua. The network won in the category of Excellence in Video for the story of Adayanci Pérez, a Guatemalan girl who was separated from her parents at age 6 for three and a half months by emigrating to the United States. The program on Facebook Watch Real America with Jorge Ramos also received an award in the Hard News category.  The third award came in Excellence in Innovation category for coverage of the consequences of one of the largest raids in recent years: the one that occurred in Postville, Iowa.