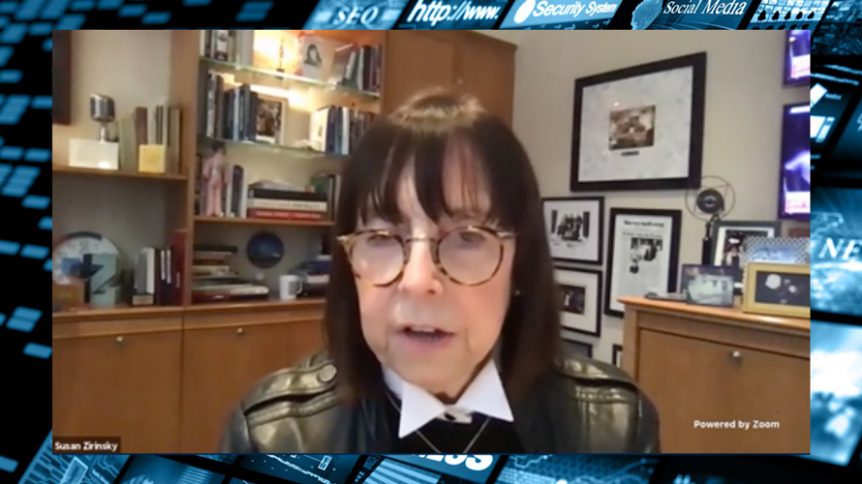 The coronavirus pandemic has placed every news organization in a difficult spot. But CBS News had an extraordinary disadvantage relative to its competitors: It was without a home for several months.

During Tuesday’s Adweek Convergent TV Summit, CBS News president Susan Zirinsky discussed her network’s “creative adaptivity” during these surreal times, especially in the several months when the CBS Broadcast Center in New York was shut down after multiple staffers tested positive for Covid-19.

Zirinsky, who spoke with Adweek editor and svp of programming Lisa Granatstein, conceded that this has been the most challenging era of her career.

She added: “We have really done miraculously well with very limited facilities. But what was most important is to stay on the air.”

But staying on the air hasn’t meant doing so exclusively on linear. It has also meant delivering CBS News content on the network’s 24/7 streaming news service, CBSN, and on its award-winning CBS News Radio platform.

Zirinsky noted the fortuitous timing of this discussion. There was a convergence of linear and digital during CBS News’ coverage of the Senate Judiciary Committee hearing for Judge Amy Coney Barrett this morning. CBS News presented an hour of live coverage on the linear network, anchored by CBS Evening News anchor Norah O’Donnell. After the hour, CBS stations had the option of moving to regularly scheduled programming, or they could stick with continuing coverage of the hearing by picking up the CBSN feed. Top CBS News personalities, including O’Donnell, and leading CBSN talent eventually joined forces live on CBSN.

“We’re journalists. This is not a vocation, it’s a mission,” said Zirinsky. “The basis of our journalism is strong and steady, but it’s our job to adapt it to a more modern form of conveyance so that we are on every platform on every device.”

She added: “Linear is not going to go away, but what we are responsible for is taking the content, which embodies the principles of CBS in terms of fair, unbiased journalism, and morphing it into more CBSN digital.”

Zirinsky stressed the multiplatform nature of the network’s upcoming election coverage. The election night coverage will originate from CBS TV, but all data will be shared with CBSN, which has its own digital streaming show for election night. Zirinsky says that the information flow and talent are going to go back and forth. “So, what we do is, well, offer it on every platform imaginable,” she said.

While it’s important for news to be spread on myriad platforms, strong journalism wins the day.

“We have vehicles to transmit our information, we have platforms to share our programming,” said Zirinsky. “But what it comes down to is the quality of the content that we are providing our viewers, our audiences, regardless of platform.”

Zirinsky also spoke about making sure CBS News becomes a more inclusive place to work. “We have to be intentional on the efforts of inclusive and inclusive society and an inclusive group of journalists,” she said. “I really do feel that there is nothing more important to be combating systemic racism. It’s driving me and I did have many realizations that had never, never been realized by me before. And I think I look at the world as a very, very different place. We’re done with talking. Yes, you have to talk to find out some answers. But unless there are concrete actions, we’re not going to have changed.”

The CBS News boss then left the thousands of Brandweek attendees with one final message: “Linear is not dead. I want advertisers to embrace us, to embrace Norah O’Donnell, to embrace Gayle King and the team. We need you—and I am here.”