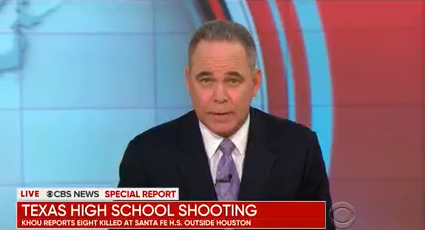 A longtime CBS Newser is getting an additional title, effective today.

Most recently, Axelrod was the senior national correspondent for CBS News, reporting across CBS News programming, including for CBS This Morning, the CBS Evening News, CBS Sunday Morning, and other CBS broadcasts and platforms.

Axelrod has won a number of awards over his 23-year stint at the company, including a Peabody for his series on West Virginia’s opioid addiction crisis, a Polk Award for his work exposing a multi-billion dollar compounding pharmacy fraud, and a Murrow award for his reporting on the genetic testing industry.

In 2003, Axelrod was the first broadcast television journalist to report live from Baghdad’s Saddam International Airport right after it fell to U.S. troops. His live coverage of the U.S. Army firing artillery rounds into Iraqi positions was the first to be broadcast by a reporter embedded with ground troops engaged in combat in Iraq. Axelrod also covered the departure of U.S. troops from Iraq and was the last reporter to leave with the military in December 2011.