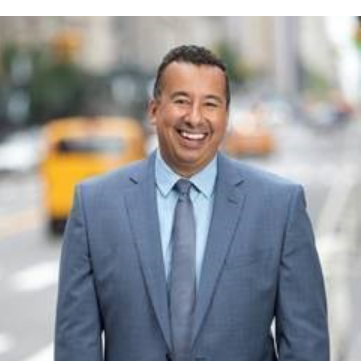 Andino will be New York-based in this newly-created role.

ABC News president Kim Godwin joined the network in May, and is poaching Andino from her old employer. Andino has been CBS News senior vp of human resources since April 2019. In addition to working closely together at CBS News during those two years, Godwin and Andino overlapped at KNBC in Los Angeles about 20 years ago, when Godwin was KNBC vice president of news from 2001-2003 and Andino was the station’s HR director from 2001-2005.

Andino is considered a force for change, according to a source familiar with the matter. He’s being brought in to help clean up the culture and serve as a key lieutenant to Godwin.

It has been a transitional time for ABC News. Godwin stepped into the news division president role this past spring after seven years of James Goldston‘s leadership. Good Morning America senior ep Michael Corn left the network around the time Godwin was named president. The previous July, ABC News svp for Talent, Editorial Strategy and Business Affairs Barbara Fedida was dismissed from her duties. Fedida had been with ABC News, in two stints, for more than 25 years.

Here is Godwin’s memo to staff announcing the addition of Andino:

I am happy to announce Jose Andino is joining ABC News in a new role, Vice President – Office of the President & Process Management, based in New York.

In this role, Jose’s main objective will be the implementation of key initiatives and goals involving cultural change and business management. He will be pivotal in planning and managing the strategic direction of the Project Management Office (PMO), a newly formed office which will support and help execute my overall organizational and business goals. I will be clear about our goals.  Jose and the PMO will work to help the organization meet them.  He will work with you to improve project management in all verticals, and help news leadership build high-impacting and executable strategies. He will maintain regular communication with executives and news division leaders to stay informed of all operational goals.

Most recently Jose served as the Senior Vice President of Human Resources at CBS News. In this role he was instrumental in driving cultural and leadership transformation while significantly increasing the diversity of the executive team.  Jose was a key advisor to the President and executive team and implemented most of the race and culture initiatives for the division.

Prior to his time at CBS News, Jose served in several executive HR positions across media including: NBC Universal, Telemundo, CNBC, CNN and Mediapro.

Though Jose’s background has been HR, this is not an HR role.  It is an executive process management role reporting directly to me.  We have lots of moving parts, and Jose will help us as we continue to work toward becoming a more efficient organization where all can thrive.

I’ve known Jose for 20 years  and watched him help transform the culture at several organizations through his focused but friendly approach.

Jose is a people person, an exceptional leader and creative problem-solver who will work hard to partner with all of you.

Please join me in welcoming him on August 16th.