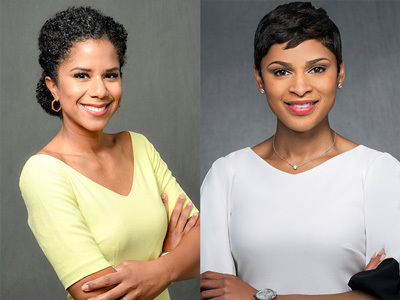 CBS Weekend News, which has been using a rotating team of affiliate anchors since the CBS Broadcast Center shut down in March, has tapped two CBS News correspondents to be the two new permanent anchors of the show.

“Jericka Duncan and Adriana Diaz are outstanding journalists with extensive reporting experience,” CBS News president and senior ep Susan Zirinsky said in a statement. “Adriana’s reporting has spanned China, North Korea and Latin America to today’s coverage of Covid-19’s devastating impact on the nation. Jericka has distinguished herself in reporting the toughest, highest-profile stories that have hit the courts and gripped the country including the trials of Harvey Weinstein, Bill Cosby and Breonna Taylor.”

Both anchors are well-regarded journalists who have been with the network for years and reported on some of the nation’s biggest stories. Duncan, an Emmy-nominated and National Edward R. Murrow Award-winning journalist, has been a CBS This Morning and network-side national correspondent based in New York since 2013. This year, she covered national stories like the 2020 presidential election, where she reported from Pennsylvania, and police brutality, including interviewing the mother of Breonna Taylor.

Diaz, who is based out of Chicago, has been with the network since 2012, and was previously the network’s Asia correspondent. As a national correspondent, Diaz spent this year reporting on the Covid-19 pandemic, including reporting from inside Covid-19 wards inside of Wisconsin’s largest hospital and focusing on the pandemic’s disproportionate effects on minorities. She was part of the CBS News team that won an Emmy for the CBS News documentary 39 Days, which followed the student movement that followed the deadly school shooting in Parkland, Fla., which she covered.

Both journalists will assume their permanent time slots in January. Ahead of that, Duncan will appear as an anchor on CBS Weekend News on Sunday, on Dec. 6, and Diaz will anchor the show on Sunday, Dec. 12.

“In this 24-7 news cycle, we are thrilled to have such strong journalists leading the CBS Weekend News,” said Kim Godwin, evp of news, CBS News, in a statement. “Duncan and Diaz will continue to enhance CBS News’ coverage of the most important stories of our time.”