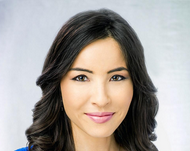 Roxana Saberi is joining CBS News in a full-time capacity as a correspondent based in its London bureau.

Saberi had been a freelance correspondent for the network, and CBS Newspath, since 2016. She has also served as a fill-in CBSN anchor.

Before joining CBS News, Saberi was a correspondent for Al Jazeera America, reporting breaking news, enterprise and investigative stories across the U.S. and abroad.

She reported on child labor and Muslim-Buddhist tensions in Myanmar. In Japan, she hosted and reported a special on the 70th anniversary of the atomic bombing in Hiroshima, the U.S. military presence in Okinawa and being biracial in Japanese society. At Al Jazeera America, Saberi also created a social justice beat, filing reports on gender issues, LGBTQ rights and racial and ethnic minorities.

In 2009, while writing a book about Iran, Saberi was arrested and held for 100 days in Tehran’s Evin Prison on a false charge of spying for the CIA. Following an international campaign for her release, she returned to the United States and wrote the book Between Two Worlds: My Life and Captivity in Iran. She continued to contribute reports about Iran and the Middle East and serve as an Iran commentator for various news organizations.

A North Dakota native, Saberi began her journalism career as a reporter for KVLY-TV, the NBC affiliate in Fargo, North Dakota. She then reported for News 24 Houston before a move to the Middle East.