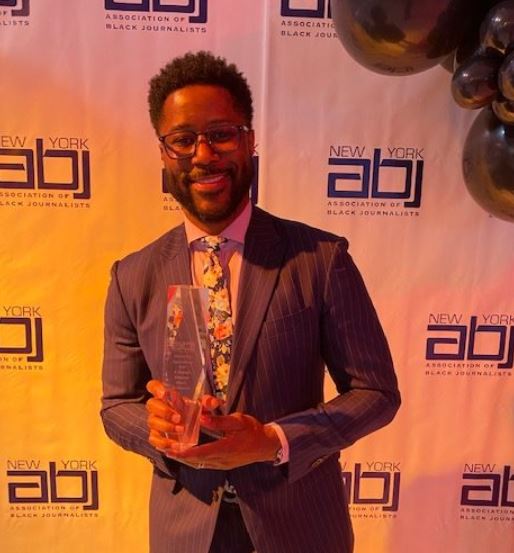 The award was presented to him at the NYABJ’s Juneteenth Celebration event, which was held this past Monday. Burleson’s CBS News colleagues Jericka Duncan and Vlad Duthiers co-hosted the event, with Duthiers having the honor of handing the award to Burleson.

Burleson was recognized for his many accomplishments, ranging from being a former NFL player to his dual role as a sports broadcaster and news anchor at CBS.

“As an athlete, I wanted to win trophies based on how high I could jump or how fast I could run, or the touchdowns that I scored. These are the trophies that matter because there is a generation that will come after us.  And if we do it the right way, it will be easier for them,” Burleson said.