NEXT:Newsmax TV Signs Deal With Altice USA to Give 4 Million New Subscribers Access to Conservative News Channel
PREVIOUS:CNN 'Sisterhood' Refuses to Let the President Get to Them 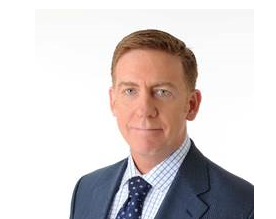 60 Minutes executive editor Bill Owens has been named the executive producer of 60 Minutes.

Owens, the news magazine’s No. 2 producer since June 2008, had been managing the 60 Minutes team since September of last year, when former executive producer Jeff Fager was fired “for violating company policy.”

“Bill Owens is steeped in the storytelling style audiences have come to expect from 60 Minutes,” Zirinsky said in a statement. “He has led the broadcast to some of its most important and timely journalism these past few months, during one of its most crucial periods. We are fortunate to be able to put such a talented veteran in charge of this iconic program. I am confident that with Bill and the seasoned team of journalists involved in this broadcast you will see more of the kind of work that’s made 60 Minutes the most-watched news program in America.”

Owens added: “To be named the Executive Producer of 60 Minutes is an inspiring responsibility and a privilege. I am honored to work alongside the best journalists in the business who cover the most important stories from around the world. I promise that will never change.”

In 2012, Owens co-executive produced and launched 60 Minutes Sports, the monthly sports news magazine that ran for five seasons on Showtime. He also launched 60MinutesOvertime.com, the first website programmed entirely with originally produced 60 Minutes content, and has supervised its staff and production since its debut in 2010.

Owens is just the third executive producer in the 51-season history of 60 Minutes.