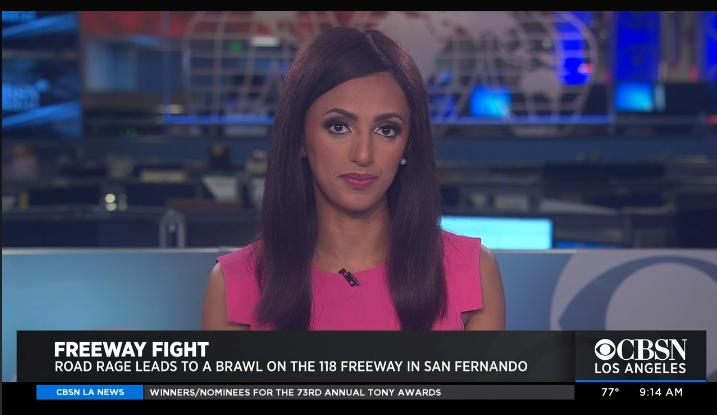 The ad-supported, local news streaming service will deliver a daily lineup of KCBS (CBS 2) and KCAL (KCAL 9) regularly scheduled newscasts and additional weekday one-hour newscasts at 7 a.m. and 1 p.m. that are produced exclusively for the platform.

CBSN Los Angeles programming will be led by CBS 2 and KCAL 9 anchors and reporters as well as a team of journalists who will report exclusively for the streaming service.

The service will be available on CBSN, on CBSNews.com and on the CBS News apps for mobile and connected TV devices. The service is also available through www.CBSLosAngeles.com and the CBS Local mobile app.

The local and national news executives are thrilled about the launch of CBSN Los Angeles.

“Beginning with the launch of CBSN New York, which has exceeded our expectations and is steadily growing its audience, to today’s debut in Los Angeles, and continuing with our plans to launch our next services in Boston and San Francisco later this year, we are excited to be moving forward with our commitment to make our premium local news content available on all of the most popular platforms and open the door to creating new revenue streams,” CBS Television Stations president Peter Dunn said in a statement.

CBS local digital media evp and gm Adam Wiener added: “As we have proven with the success of CBSN New York, the need to deliver local, relevant and useful information regardless of device or platform continues to grow. By harnessing the newsgathering power of KCBS/KCAL, we are excited to have Los Angeles as the next market to leverage CBSN distribution.”

CBSN Local will complement CBS’ other streaming services, CBSN and the company’s new 24/7 streaming sports news service CBS Sports HQ, and will ultimately be included as live channels in CBS All Access in their markets.

CBSN Los Angeles and the portfolio of CBSN Local services are building on the foundation of CBSN, the national 24/7 streaming news service from CBS News and CBS Interactive that launched in November 2014 with former CBS Evening News anchor-turned-CBS This Morning Saturday host Jeff Glor at the helm.

Anne-Marie Green and Vlad Duthiers are now the primary co-anchors for the national streaming news service.

According to the CBSN data from last year, more than 75 percent of CBSN viewers are in the 18-49 demo, with an average age of 39. The average CNN, Fox News and MSNBC linear viewer across the 24-hour-day is in his or her late 50s-mid 60s.