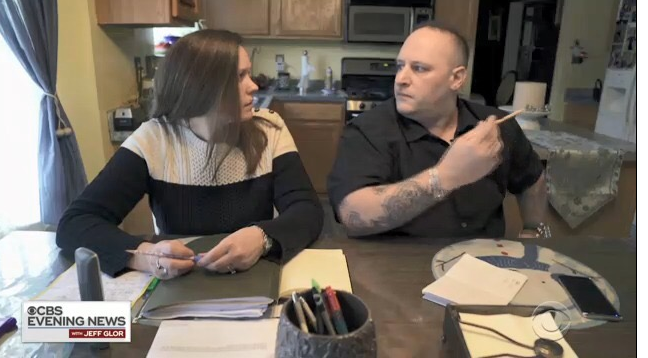 The partial government shutdown began three weeks ago today. As the shutdown continues, we’re encountering an increasing number of stories about furloughed workers and their families sharing their struggles.

John Siciliano is a federal corrections officer from the Philadelphia area. He told CBS Evening News correspondent Anna Werner that he hasn’t gotten a paycheck since December 29 and is about to miss a mortgage payment. The bank told him and his wife if they miss a second one, it will start foreclosure proceedings.

The Siciliano piece aired on Wednesday night. On Thursday’s broadcast, CBS Evening News Jeff Glor remarked that since the story aired, nearly a dozen good Samaritans –presumbly regular viewers of the broadcast– have offered to help Siciliano and his family, with one pledging thousands of dollars.

“Our continuing focus is to highlight the impact of a shutdown, no matter how you feel about any one policy issue,” Glor told TVNewser.