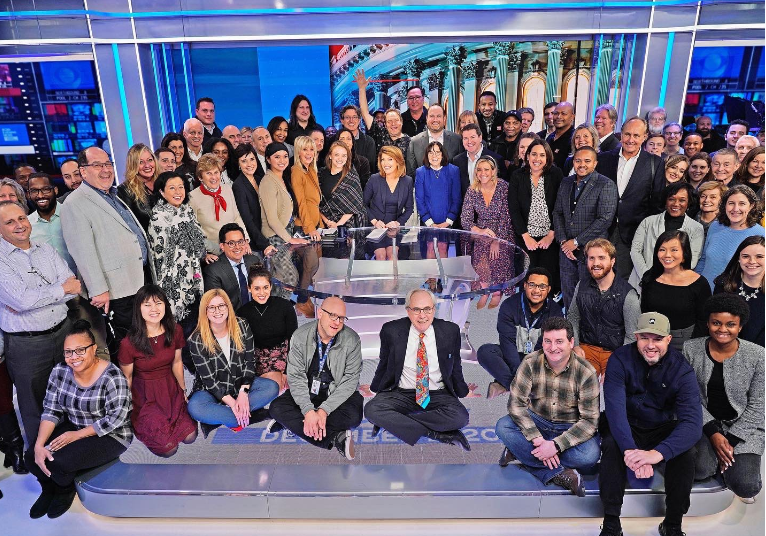 Time flies! The CBS Evening News With Norah O’Donnell marked its one year anniversary broadcasting from Washington D.C. yesterday, after decades originating from the CBS Broadcast Center in New York.

CBS Evening News, which won the 2020 Edward R. Murrow award for best newscast back in October, is presently the only evening newscast to broadcast from Washington.

“It took an army to make this move successful,” CBS News president and senior ep Susan Zirinsky told TVNewser. “Norah, [CBS Evening News ep] Jay Shaylor, and the entire team in front of and behind the camera, have created a must-see broadcast that breaks news and is on the forefront of every important story impacting viewers across the country. Every issue has a nexus in Washington, and that is why Norah is there: to get to the heart of each story and speak to the people whose decisions impact the world.”

O’Donnell appeared on WBZ 4 Boston’s evening newscast to speak about the anniversary.

“We had no idea that we would have the year we did covering this news, it’s sort of like ‘wow, this just happened in the last year’?” O’Donnell told WBZ 4 Boston anchor Paula Ebben during the local station’s evening newscast. “It started off with the impeachment of President Trump, then of course covering this pandemic. We had Dr. Fauci here before the whole thing started, and we didn’t sit anymore in the same studio with people.”

Since moving to Washington last year, the broadcast has grown its audience across all measurements. Since the initial height of the pandemic, Evening News has been CBS’ most-watched show 110 of 158 days.

One year ago today, we embarked on our @CBSEveningNews journey in DC – and what a year it has been! Congratulations to our team on one extraordinary year. My wish is to take this picture again next year when everyone is back in the office and the pandemic is over! pic.twitter.com/Dm8jrYEjQ6