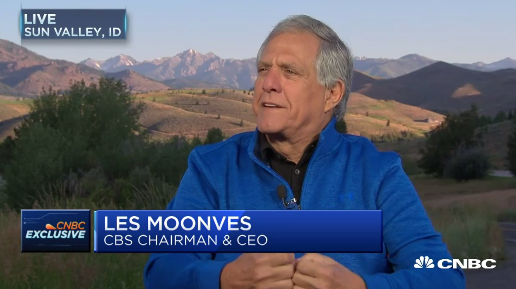 The annual Allen & Company conference in Sun Valley, Idaho, is taking place this week. The conference brings together some of the most powerful and influential figures across media and tech, along with high-profile investors. Ivanka Trump and Jared Kushner are among the attendees for this year’s conference as well.

In theory, Allen & Co. represents an ideal setting for mega-deals to be made. Past moves that have come out of Sun Valley include Comcast’s acquisition of NBC Universal, and Verizon’s purchase of AOL.

“These are two phenomenal news organizations, and to have the power of the BBC along with the CBS brand…it just gives us the ability to cover the world much more thoroughly; it’s great for both companies and we’re very excited about it,” Moonves told Boorstin.

The CBS Corp. chairman and CEO also said that while his company isn’t in the market for any deals at the moment, CNN intrigues him, and that he would take a long, hard look at the cable newser if it were to come up for sale.

“CNN is a very worthy news organization… it’s something that could enhance CBS,” said Moonves. “But I don’t think that’s on the table right now. If it came up later on, it would be something we would look at.”

While very unlikely, it’s possible that AT&T decides it’s not interested in hanging onto CNN after the acquisition of its parent company Time Warner goes through (assuming it does). Could that open up an opportunity for CBS Corp.? You never know…